​Real Madrid are keen on selling James Rodriguez this transfer window, but only if a team can stump up €50m for the player.

It was thought that the Colombian could stay at Madrid after the injury of Marco Asensio, however, Zidane is adamant that he wants him gone before the summer is over.

​Atletico have been showing a keen interest in ​Rodriguez, and according to El Transitor, he wants a move a move across the city to ​Real Madrid’s closest rivals.

Madrid are reluctant to sell Rodriguez to Atletico, especially after the 7-3 thumping they received in pre-season. However, if there are no other suitors for the midfielder then they will be forced to sell to them.

Napoli showed an interest in the player, but were unable to match the club’s €50m asking price. 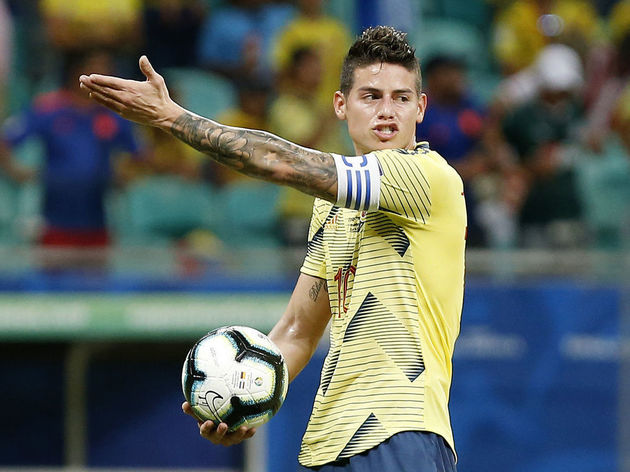 Another reason Los Blancos feel the need to sell the 28-year-old is due to the fact that they are said to be looking to fund a massive move for Neymar. After spending huge on players like Jovic and Hazard, they now need to sell before they buy.

As a result, Atletico remain confident of signing Rodriguez, and are willing to take a deal to the 11th hour to secure his signature.

Rodriguez has failed to make a major impact at Real Madrid, and spent the last two seasons in Germany playing for ​Bayern Munich. The Colombian had a good season in a Bayern shirt last campaign, scoring seven goals and bagging four assists in 20 games in the Bundesliga.