When you spend £105m on a forward, you expect them to hit the ground running; a load of goals and some big assist numbers should be a guarantee. Unfortunately, that’s not how things have worked out for Antoine Griezmann.

14 goals and four assists in 37 games is by no means a bad return, but when you spend two years chasing someone and eventually part with £105m to land your man, you’d be well within your rights to expect a little more.

Now, it seems like Barcelona are ready to let the Frenchman go after just one year, and the hope is to ​swap him for Paris Saint-Germain’s Neymar. It’s a move which makes so much sense. 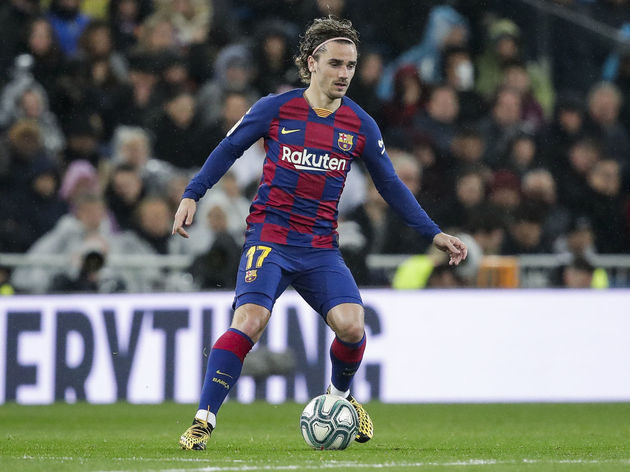 Even if ​Neymar is off the table, offloading Griezmann should be high on ​Barcelona’s agenda, since bringing him in never made any sense in the first place.

Ever since Neymar left in 2017, finding a new left-winger has been a priority for Barcelona. It’s why they signed ​Ousmane Dembélé that summer and Philippe Coutinho in 2018. However, when neither of those worked, they turned to Griezmann.

Yes, Griezmann does have experience as a winger. During his time with Real Sociedad, he rose to prominence on the left, but he needed a move to striker to reach the next level.

The only Griezmann which has ever looked like being worth £105m is the striker version – the one who racked up 29 goals and 15 assists with ​Atlético Madrid in 2017/18 – so Barcelona deciding to throw him out wide to complete the trio with ​Luis Suárez and ​Lionel Messi always looked like a shoehorn situation. However, it’s not just his role in the team which hasn’t worked. The team’s philosophy and style of play simply does not align with how Griezmann plays football.

Griezmann thrived in Diego Simeone’s defensive system, which allowed him plenty of freedom to drift around the pitch. He would take up almost the entire field, floating around to find space in which to work his magic. He was the focal point.

Unfortunately, in Barcelona, there is only one focal point, and his name is Leo Messi.

That job of drifting around and making the ball come to you is already taken by Messi, and you simply must not get in his way. Anyone who inconveniences Messi will not last long at Camp Nou.

He’s now a winger who must play on the left. If he wants to drift, he must ensure neither Messi nor Suárez have done it first. Half of what made him so good has been taken away from him. Griezmann is now just a better-than-average winger, rather than one of ​La Liga’s most prolific marksmen.

The fact that he has been billed as a potential alternative to Neymar has never helped. The Brazilian was wildly popular at Camp Nou, and it almost felt like Barcelona’s determination to sign Griezmann meant that there wasn’t enough money left over to sign Neymar back in 2017.

Not only did he have to replace Neymar, but he had to justify why Barcelona didn’t sign the Brazilian – despite never being capable of filling that specific void.

Add into that the rumours of potential dressing room unrest stemming from his decision to reject Barcelona in 2016, and you’ve got a cocktail of reasons why Griezmann’s time at Camp Nou was always destined to fail.

The expectations have been so high, but Griezmann was never the right man to fill the hole on the left. 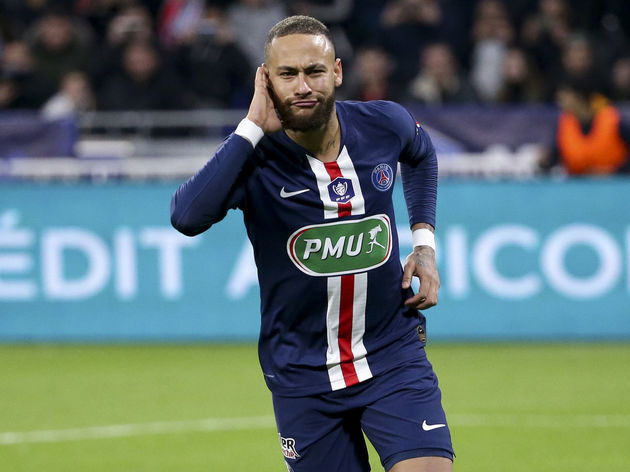 But do you know who is? Neymar.

The PSG man is a left-winger who does his best work on the left, beating defenders before bursting inside. Not only does he stay away from Messi’s space, but he actually drags defenders away, making Messi’s job even easier.

That’s what Barcelona have been looking for ever since the Brazilian left, and it’s time to bring him back. If they can get rid of Griezmann in the process, everyone’s a winner.