​Tottenham Hotspur have confirmed that a fan responsible for throwing a cup at Chelsea goalkeeper Kepa Arrizabalaga during Sunday’s Premier League fixture has been issued with an ‘immediate ban’ for the offence.

Spurs have also pledged to take the ‘strongest possible action’ against others guilty of the same behaviour and have sought to remind supporters that throwing objects, indecent or racist chanting, or entering the playing areas are all offences. 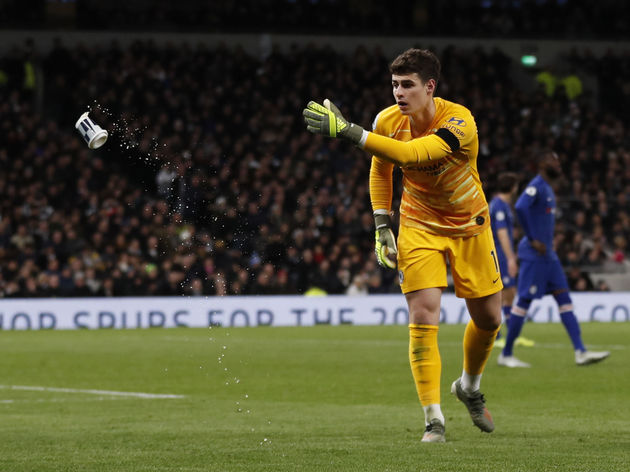 The club’s investigation into the alleged racist abuse of Chelsea defender Antonio Rudiger, which marred the game, is ongoing. Rudiger reported hearing monkey noises in his direction to Chelsea captain Cesar Azpilicueta, who passed it onto referee Anthony Taylor.

ALSO READ THIS:  FIFA wants to unify the VAR

On Monday evening, Spurs issued an update on the status of their investigation, assuring that the club will be ‘exhaustively investigating’ the matter.

The statement explained that it is possible to track every single fan inside the Tottenham Hotspur Stadium via the CCTV system, adding that statements have been gathered and lip readers hired.

Spurs have warned that anyone found guilty of racist abuse will be banned for life. However, they also added that, at the time of the statement, the findings were ‘inconclusive’, although the investigation still continues. A Chelsea fan was arrested for directing alleged racist abuse at Tottenham player Son Heung-min. Son himself is not thought to have been aware of the incident, but it was reported to authorities by other Chelsea supporters in the vicinity.

In the aftermath of the game, the Premier League, FA and PFA have all been heavily criticised for not doing enough to eradicate racism from football.

In July, campaign group Kick It Out published an alarming report that incidents of reported discrimination in football, both professional and grassroots, grew significantly last season. There was a 32% rise in all forms of discrimination, with racism the most frequent.