The north Londoners made an electric start to the game and seemed determined to banish the ghosts of that Bayern Munich humiliation through sheer weight of endeavour and chances created.

They were ahead in just nine minutes, Harry Kane getting away from his marker at the near post to head home Erik Lamela’s corner. The Argentine was provider once again on 16 minutes, floating an inch-perfect ball across the box for Son Heung-min to hammer home.

Spurs created time and again throughout the first half and the South Korean struck again just before half time, Tanguy Ndombele slotting him through on goal after dispossessing Marko Marin. It could have been more but for a couple of fine saves from Milan Borjan in the Red Star goal.

Spurs weren’t a one-half wonder tonight and the tempo continued into the second period, Lamela making it four with a neat swivel and strike inside the penalty box and Kane adding a fifth on 71 minutes – surely they couldn’t get seven of their own?

Sadly not. They had to settle for the mere five goals and their biggest Champions League victory, but the performance will have gone a long way towards winning the fans over after a poor start to the season and the pain of Bayern’s 7-2 humbling.

Here’s 90min’s breakdown of the game below.

Where have this ​Spurs been all season? They played with energy, tempo and a level of effort that simply hasn’t been seen enough. It was set by their front four on the night, Mauricio Pochettino selecting Dele Alli to play just behind Kane with Lamela and Son either side. ​At least that’s how it looked on paper. Once the game had kicked off, Spurs’ fantastic four were switching positions, exchanging it quickly among themselves and pulling Red Star out of shape to create countless chances.

Kane was crucial to this and created space for the others, he seemed like a man possessed by finally delivering a performance in front of the home fans. They did just that, 3-0 up at half time for the first time in the ​Champions League and the same supercharged Spurs emerged for the second half.

With Red Star tiring, there was even more space in the wide areas and Tottenham capitalised with a barrage of low crosses into the box – one of which led to Lamela’s goal.

Team selection has been a constant thorn in Pochettino’s side this season, especially in the attacking areas, but it finally clicked tonight. This attacking quartet surely has to start at Anfield on Sunday.

Many had already written off Spurs’ chances, but with Liverpool not exactly watertight at the back, a performance like this would give them a genuine chance on inflicting the Reds’ first defeat.

In a week where ​Son Heung-min was named on the Ballon d’Or shortlist, he produced a performance that proved exactly why – although Kane and Lamela deserve honourable mentions. Son is as intelligent as he is lightning quick and was an absolute nightmare for the Red Star defenders. Before they’d even figured out where he was, he was making quick exchanges with those around him and charging towards the heart of their defence or motoring down the left flank.

Much like his fellow Spurs forwards, he thrives from the fluidity and freedom to switch positions and drop deeper when needs be – it just means he has a greater distance over which he can demonstrate that rocket pace. There can’t be too many players that seem quicker with the ball.

​His link up play was excellent and he could have added a couple of assists to his two goals, if Lamela and Kane had converted excellent crosses.

With the game wrapped up and Liverpool in waiting, Pochettino highlighted Son’s importance by withdrawing him ahead of anyone else with more than 20 minutes to play.

Having to leave at the nearest point of play highlighted just how much Spurs fans appreciate his brilliance. There were high fives, rapturous applause and a standing ovation as he made way round from behind the goal to the Tottenham bench. 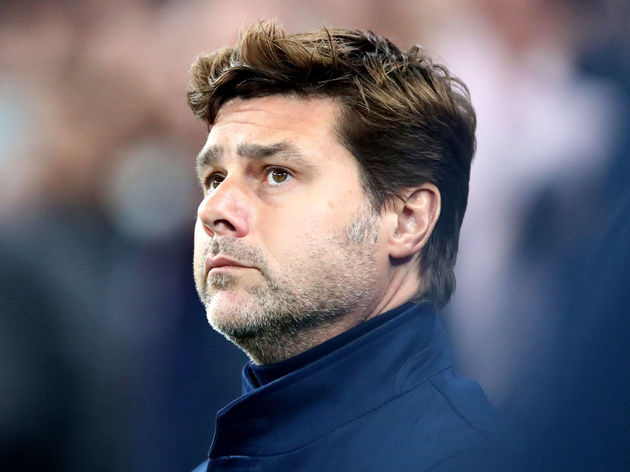 Premier League action resumes with a Merseyside double header for Tottenham. Sunday’s fixture with Liverpool at Anfield is followed by a trip to Everton’s Goodison Park a week later. Then there’s the matter of Spurs trip to Belgrade, where Red Star will be looking to restore some pride.

The Serbian SuperLiga leaders are in league action three times before Spurs visit, with two of these fixtures at home.