With just five minutes on the clock, Harry Kane gave the home side the lead, firing in a delicious strike from 25 yards out. And just four minutes later, Lucas Moura made it two as he poked home following some fine work by Son.

Jose Mourinho’s men continued to assert themselves in the early exchanges and Moussa Sissoko almost made it three on 15 minutes, but his shot hit the post. On their first real attack, Burnley came within inches of halving the deficit, with Robbie Brady’s header clipping the underside of the bar before it was eventually cleared.

However, the Lilywhites made it three on 32 minutes. Son picked up the ball inside his own half before charging through the heart of the opposition defence and sliding home. Kane grabbed his second of the game with a fine finish just nine minutes into the second period. With 17 minutes remaining, Moussa Sissoko made it five with a composed finish to round off a rampant display.

Spurs fell to their first defeat under new head coach Jose Mourinho in their last game against Manchester United, with the boss taking on his former club. The away side looked passive and unimaginative that day, struggling to create many chances.

As a result, it was all about the reaction on Saturday. And what a reaction it was. The hosts made a blistering start to the contest and opened the scoring after just five minutes. The Lilywhites continued to grow in confidence and although the score was 3-0 at the break, it could very, very easily have been more. In fact, it should have been more.

They continued to dominate in the second half with their movement and quick passing causing problems. The team added to their advantage, while they were also able to keep their first clean sheet under Mourinho. An outstanding team performance.

STAR PLAYER – It can only be one man, can’t it?

While Son may have scored one of the best individual goals you are likely to see this season, his overall performance makes him Spurs’ star performer against the Clarets. From the off, he was direct whenever he received the ball, skipping past his man before looking up to create an opportunity for a teammate.

He was equally impressive in his defensive work, as well. And then…there was the goal. The South Korean picked up the ball midway inside his own half and looked up to see no Spurs player ahead of him. As a result, he opted to go it alone, gliding past numerous challenges before looking up and sliding the ball past Nick Pope. Calm as you like. What a goal and what a performance.

Burnley slumped to a lacklustre 4-1 defeat at home to Manchester City in midweek. Sean Dyche’s men looked lethargic and careless, with the match mainly being played in their half. The manager will have been hoping for a response from his team, but he certainly didn’t get one. 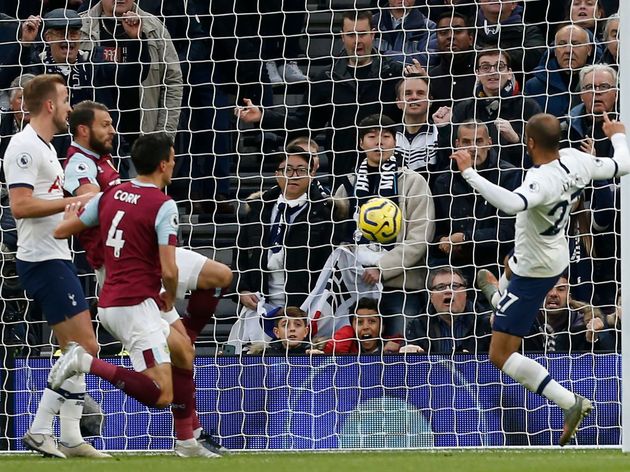 From the off, they were on the back foot and looked like conceding every time Tottenham went forward. Players were caught out of position far too many times, while it was all too easy for the home side. There was no intensity to their play and they were ruthlessly punished.

Offensively, the Clarets clearly missed the presence of Ashley Barnes, and Dyche will be keen to have him back as soon as possible.

STAR PLAYER – Once again this season, it was youngster Dwight McNeil who was the Clarets’ standout performer.

The winger is developing into a top Premier League footballer and although his side were comfortably swept aside, he looked dangerous throughout. His delivery is sensational and it was his pinpoint cross that landed on the head of Brady, who hit the bar. A very promising player with a very bright future.

As for Burnley, they host Newcastle in the Premier League on Saturday before travelling to take on Bournemouth.