The Best FIFA Football Awards were handed out in Milan on Monday, and there are a few winners standing joyfully with their gongs whilst the losers all stare angrily at them with clenched fists.

If you missed the ceremony, then don’t worry, ‘cos we’ve got you covered.

Read on for every winner from a star-studded night in Italy. Virgil van Dijk was heavily touted for the award, but instead it went to Barcelona’s ​Lionel Messi. How brilliant is Megan Rapinoe?

Whether it’s calling out America’s president, speaking out for LGBT rights or scoring a bucketload of goals at the World Cup, the 34-year-old knows what it takes to steal a show. 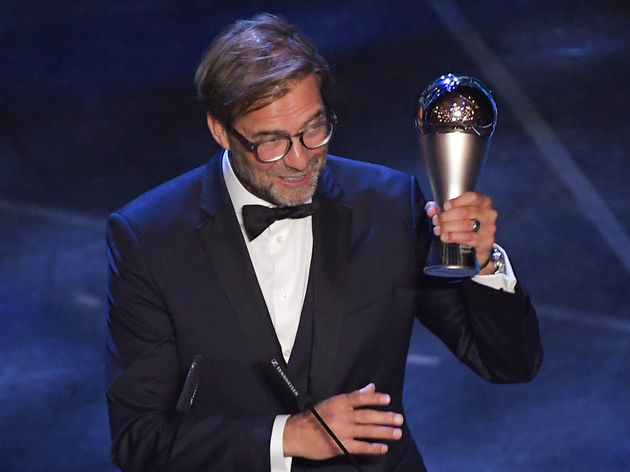 Klopp scooped this award, having won the Champions League with ​Liverpool last season, securing Europe’s elite club competition with a 2-0 victory over Tottenham in Madrid.

They also performed brilliantly in the Premier League last season, finishing just one point behind winners Manchester City, who oddly enough were totally forgotten about during Monday’s awards. 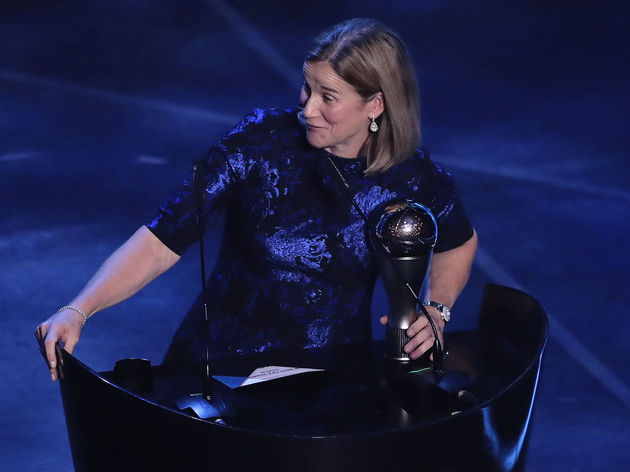 Unsurprisingly, the women’s coaching gong went to Jill Ellis, who lead USWNT to their second consecutive World Cup and fourth overall earlier in 2019.

Ellis, who currently has a record of 102 wins, seven draws and 18 losses since taking over in 2014, will leave her role in early October following the conclusion of their victory tour.

England’s Phil Neville and the Netherlands’ Sarina Wiegman were the two beaten finalists. Perhaps one of the toughest categories to call heading into the ceremony, Liverpool secured another win as Alisson beat Barcelona’s Marc-Andre ter Stegen and Atletico Madrid’s Jan Oblak to be named best goalkeeper.

He played a key role in Liverpool’s ​Champions League triumph, his save from Napoli’s Arkadiusz Milik in the group stage one particular highlight. Sari van Veenendaal moved to Atletico Madrid from Arsenal during the off-season and was arguably the Netherlands’ best player as they reached the final of the World Cup.

Van Veenendaal kept USWNT at bay for over an hour in the final before Rapinoe’s penalty broke the deadlock. 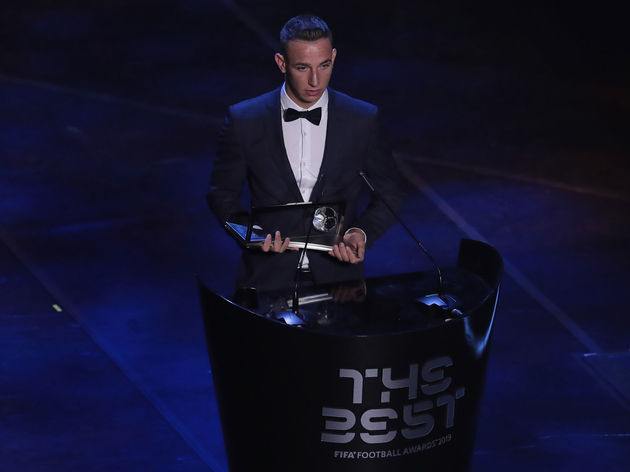 To stop Messi winning goal of the year usually takes something pretty special. Well, if you haven’t seen Daniel Zsori’s strike yet, sort your life out. Really.

Coming on as a substitute, Zsori netted the winner for Debrecen against Ferencvaros, leaping high to connect with a spectacular overhead kick on his Nemzeti Bajnokság I – Hungarian League – debut. Oh, and he was 18 at the time.

Lionel Messi and Juan Fernando Quintero were the other finalists with sumptuous strikes. In what was the most life-affirming award handed out on Monday night, Palmeiras fan Silvia Grecco was honoured for her bond with her son Nickollas.

Nickollas is blind and has mild autism, so when the pair attend Verdão games, Silvia will describe the match.

She said, as quoted by FIFA’s ​website: “I’ll describe the details of the environment, the characteristics of each player. Narrating the goal is the most exciting part, I have no doubt about that. At the stadium is complete freedom, he is transformed. He feels at ease, stands up, cheers and jumps. Nickollas becomes another child. I am the eyes of Nickollas.” This one prompted a fair few giggles.

Marcelo Bielsa and Leeds caught the world’s attention and were widely condemned in February when a member of the coaching staff was spotted outside Derby’s training ground.

Instead, FIFA chose to honour United for their actions during a crucial game against Aston Villa in April.

Bielsa instructed Leeds to allow Villa to score after his side had netted with Jonathan Kodjia down with an injury. Subsequently, Albert Adomah was allowed to run through and cancel out Leeds’ goal. Real Madrid may have endured one of their worst seasons in recent memory last term, but that didn’t stop four of their players being selected in FIFA’s XI.

Matthijs de Ligt makes up the defence, with his former Ajax teammate Frenkie de Jong selected alongside Modric and Hazard in midfield.

Up front, the usual combo of Messi and Ronaldo features, with Paris Saint-Germain star Kylian Mbappe competing the XI. Ertz and Lavelle are joined by Amandine Henry in midfield, while Brazil legend Marta features alongside Morgan and Rapinoe in the forward roles.