​Liverpool’s Takumi Minamino has opened up on how he is settling into life in England, as well as revealing what manager Jurgen Klopp first said to him after he joined and why he chose to join the Reds.

The Anfield side officially confirmed that they had reached an agreement to sign the former Red Bull Salzburg man towards the end of December, with the player joining up with his new teammates at the start of January. 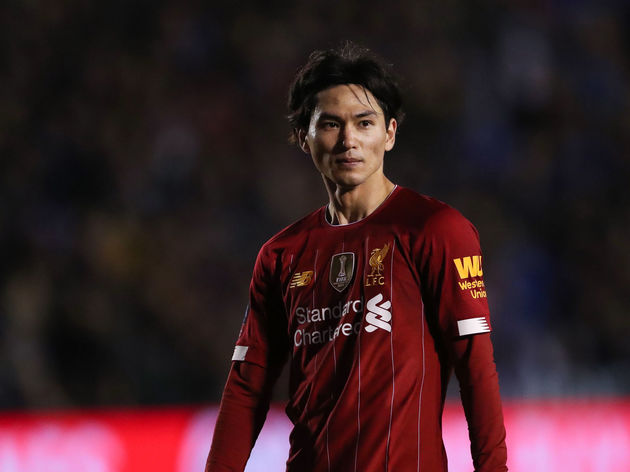 Minamino made his debut against ​Everton in the FA Cup and has since gone on to make three appearances for the Reds so far. The 25-year-old has now revealed how he is adjusting to life in England and which players have been the most welcoming.

“I just found a new house to live in and am getting settled in, so I am quite relaxed at the moment living in Liverpool,” he told ​Sky Sports.

“Every player is very welcoming, but especially Naby Keita and ​Sadio Mane as they live near me. And the players who can speak German are very helpful too. The schedule is really tight, so I do not have enough time to study English. But when we move places, I try to read books and remember the words.” The Japan international further explained why he chose to join the Reds, adding: “I cannot tell you which other teams approached me, but some Premier League and German clubs. The reason why I chose to come to Liverpool was that playing for ​Liverpool was one of my dreams since my childhood, so I had no reason to say no to them.

“I like Steven Gerrard and Fernando Torres and Liverpool was one of my favourite clubs growing up. I was very impressed with their strong mentality to come back from 3-0 down and I remember how they played in that second half [against AC Milan in the 2005 Champions League final].” “So I was really happy as a player that he said that. In the locker room, he is very good at motivating players, so I want to respond to his motivation even in the practice sessions and in the actual games.”