​Manchester United goalkeeper Sergio Romero has revealed he would like to stay at the club, despite acting as permanent back-up to first choice shot-stopper David de Gea.

The Argentine has made just five appearances this season, with three of those coming in the Europa League and two in the Carabao Cup. 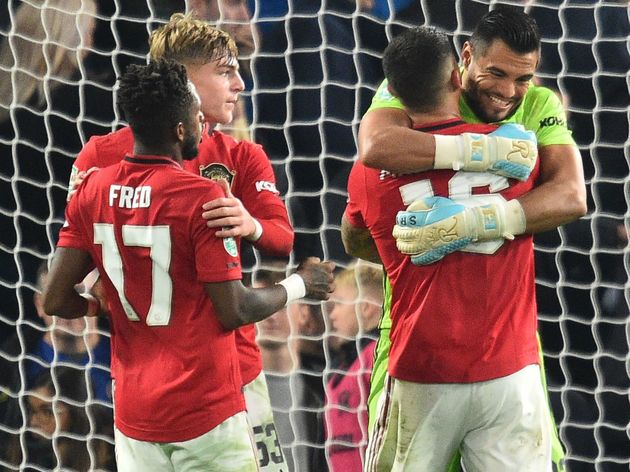 However, the 32-year-old insists he feels privileged to be at such a big club, stating his dreams to play for the Premier League side as a youngster have come true.

“It’s not easy, but I work every day for this, for this possibility,” he said at a press conference ahead of Manchester United’s Europa League clash against former club AZ Alkmaar, as quoted by ​The Mirror.

“When I have my chance in the squad to play, I am ready for this moment. I think in the last four years I have been in a difficult situation because I have played for the national team for years.

“But I am ready, I work every day for my chance and when I have my chance I try to do my best. When you have David in front [of you] – in the last years David is the best goalkeeper in the world – this is difficult.

“But I work, I am happy, I am in the best club in the world. I tell about another time when I was young, I saw Manchester United play many times and I say ‘one day I want to play in this club.’

“When I got the chance to come to United I knew if I accepted that I would be playing a few games, but when you get the chance to wear this shirt it’s a dream come true. It’s never intention to be second choice.”

During his four years at the club, Romero has managed 49 appearances for the Red Devils – with the majority coming in cup competitions, securing just seven league appearances.

The keeper is expected to start against AZ Alkmaar on Thursday night, with ​United hoping to secure top spot in Group L ahead of their final group fixture of the Europa League.

However, the Red Devils are just one point ahead of the Dutch team, having drawn to the side in the second matchday of the competition.