​Chelsea forward Olivier Giroud has revealed that he was ‘blocked’ from joining rivals Tottenham in the January transfer window.

The France international reportedly emerged as a surprise candidate as Spurs’ transfer search went into the last days of the window, with Lazio and Inter also linked to the veteran marksman. 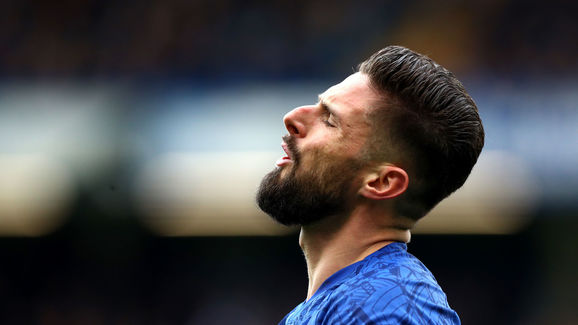 However, the World Cup winner told Téléfoot (via ​Sport Witness) that he was prohibited from any prospective move to north London, adding that he was equally unwilling to force an exit from Stamford Bridge.

“The most interesting for me was ​Inter Milan,” recalled Giroud. “The problem was that it dragged on. Lazio and ​Tottenham were there too, but I was blocked.”

Giroud nonetheless insisted he did not want to burn bridges in west London, adding: “I knew I shouldn’t go on strike, or go to sulk in the locker room. Because it wasn’t me, and because I knew there was a good chance I would stay at ​Chelsea.”

Chelsea’s decision to keep him came to haunt Spurs, as Giroud opened the scoring against his transfer suitors with a low finish that caught out international teammate Hugo Lloris in a 2-1 win two weeks ago.

There has been much evidence since then that Giroud can be of service to Chelsea in the short term as they push for a ​Champions League spot.

Opportunities in the first team were difficult to come by for the Frenchman in the first half of the season as first-choice striker Tammy Abraham raced to 13 league goals, but has struggled with injury in 2020, allowing Giroud a run in the side.

Spurs meanwhile are still without a recognised senior striker, with reported interest in Krzysztof Piątek and Willian José failing to materialise, while José Mourinho has been critical of Troy Parrott despite suggestions that the young forward might fill in for the injured ​Harry Kane.