Ole Gunnar Solskjaer has said he doesn’t expect any of his injured stars to return to face Chelsea on Monday, but has refused to rule out a potential Manchester United debut for Odion Ighalo.

The January loan signing from Shanghai Shenua has been ruled out so far due to a two-week precautionary period because of the coronavirus virus.

That period has passed, as Solskjaer confirmed he has been cleared to join the group for the trip to Stamford Bridge. Although he is yet to integrate himself with the group, the manager remains open to the possibility of a potential debut.

“He’ll be involved with us and he’ll travel down with us and, obviously, now he’s out of that two-week period of precaution and it’s a precaution we’ve made,” the Norwegian said as quoted by the club’s official website.

“He’ll travel with us and let’s see if he’s involved or not.

“He’s done his [training programme] and it was always going to be a case of him having to integrate into the group anyway after having been out in China. He needs to get used to the players and the team and up to speed as quick as he can.”

His availability comes at a welcome time for ​United, who are missing as many as six players with injury ahead of a key fixture in their pursuit of European football.

United sit six points off their hosts who currently occupy that coveted fourth ​Champions League place. While they might have Ighalo ready to go, however, they will have to continue without Scott McTominay, Axel Tuanzebe and Timothy Fosu-Mensah, as well as long-term absentees ​Paul Pogba and Marcus Rashford.

But while that situation is far from ideal, Solskjaer pointed to the fact the rest of his squad has now had a two-week rest as evidence that they will be good to go in London. 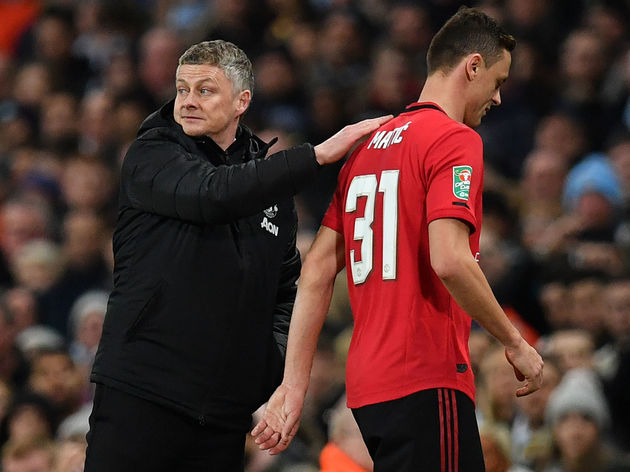 “I don’t think we’ll get anyone back for the Chelsea game,” added Ole. “Because Scotty, Axel, Tim, they didn’t join too much so they’re not ready to play that game. And Paul is not ready, of course.

“How do we go about playing without Marcus, Paul, Scott? You deal with it.

“We’ve got players who are going to get a chance. They’ve now had a rest, a great rest.”