​A brace from Romelu Lukaku helped Inter return to the top of Serie A as they overcame Napoli 3-1 in Naples on Monday night.

In what was a superb first-half of football, it was the away side that struck the first blow after both teams had spurned promising openings. A Giovanni di Lorenzo slip just inside the Inter half allowed Lukaku to break away at speed before eventually arriving at the Napoli box. The Belgian then outmanoeuvred Elseid Hysaj with a swift stepover before curling the ball home off the post.

I Nerazzurri continued to dominate with Matias Vecino and Lautaro Martinez forcing Alex Meret into two smart saves. The Napoli keeper, however, was at fault for Inter’s and Lukaku’s second as he couldn’t handle the striker’s fierce drive from the edge of the box, allowing the ball to trickle in the back of the net. 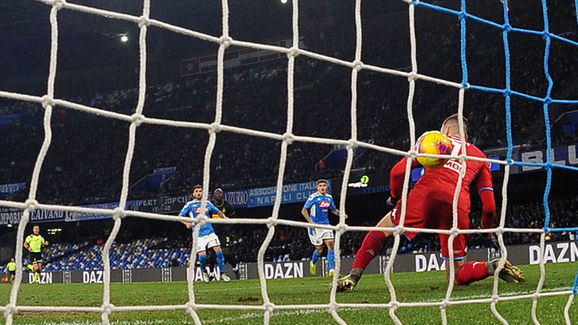 The hosts still carried a threat though and after Samir Handanovic just about kept out a Lorenzo Insigne effort, I Partenopei grabbed a goal back before the break through Arkadiusz Milik – who tapped in a volleyed cross from Jose Callejon after the Spaniard was expertly found down the right by Piotr Zielinski.

The visitors weathered a Napoli storm either side of the break expertly before restoring their two-goal lead once more, this time through Lautaro – who poked home instinctively after Kostas Manolas failed to clear a Matias Vecino cross from the right.

The home side continued to threaten for the remainder of the game – hitting the crossbar via an Insigne free-kick and Zielinski spurning a golden opportunity on the break. But they failed to make the most of their second-half flurry, succumbing to a 3-1 defeat.

Napoli’s woes at the San Paolo continued against Inter on Monday night, with the hosts now winless in their last five on their own turf in Serie A.

Nevertheless, going forward they look to be a dangerous proposition for opposing defences – with Gennaro Gattuso switching to a system that will help Napoli’s attacking talent thrive: 4-3-3. I Partenopei were a constant threat throughout, especially on the break, but lacked the ruthlessness that the visitors displayed in the final third. 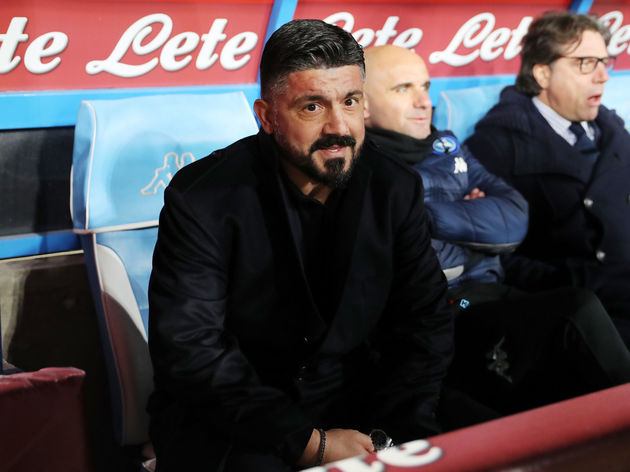 Defensively, however, they were poor. Manolas and Di Lorenzo were no match for the imperious Lukaku while the intelligent movement of Lautaro left them chasing shadows. If only they had one of Europe’s most dominant centre-backs in their ranks, eh?

Despite the result, Gattuso will take plenty of positives from his side’s showing, knowing that they spearheaded their own downfall – with three individual errors leading to Inter’s goals.

A man that often goes unnoticed in Napoli’s midfield, Piotr Zielinski was his side’s greatest influence on Monday night. The Polish international’s craftiness with the ball at his feet often caused a problem for the Inter midfield and defence, with his adept ability off both feet making him an unpredictable character when in possession.

Zielinksi was instrumental in Napoli’s promising attacking display, playing a huge role in Milik’s goal and looking the most likely to kickstart a miraculous comeback when they were 3-1 down. His only regret from this one would be the fact that he didn’t get on the scoresheet.

They were intense, they kept the ball well, Marcelo Brozovic controlled the midfield and the front two were scintillating once more. All-in-all it was an impressive and ultimately ruthless display by the Serie A table-toppers. 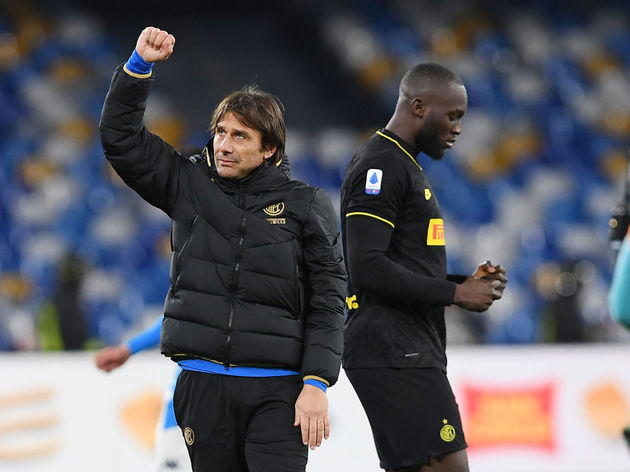 Inter dominated and outplayed the hosts in the first-half with some typical Conte patterns of play allowing the visitors to progress the ball upfield at a canter. They were made to work for the three points in the second period, however, as Napoli carried on the momentum from the end of the first half while they themselves were sloppier in possession and were unable to match the intensity they displayed off the ball in the opening 45.

Nonetheless, a brilliant result and the Inter faithful will be thrilled to see their two dynamic midfielders – Stefano Sensi and Nicolo Barella – get minutes off the bench as well.

Despite enjoying a stellar season himself in Serie A, it was Lautaro Martinez who was getting all the plaudits in the weeks prior to the winter break. In Naples, however, it was Romelu Lukaku who stole the show.

While he was able to get on the scoresheet twice – the first coming from a brilliant bit of individual play before the second came as a result of a Meret error – it was the Belgian’s overall play that stood out on Monday night.

What a brilliant counter attack. 2v2. Lukaku tells Lautaro where to make the run but keeps it for himself. Blows by Hysaj and smacks the ball into the near post with so much power.

He simply bullied the two Napoli centre-backs, holding the ball up at relative ease while linking up with almost every player on the pitch – often bringing Antonio Candreva into play along with his side’s surging midfielders. Not to mention his seemingly telepathic relationship with Lautaro as well – the hosts’ defence just couldn’t cope.

His best performance in an Inter shirt to date.

Napoli face another tough test next weekend as they travel to the high-flying Lazio on Saturday evening before hosting Serie B side Perugia in the Coppa Italia the following Tuesday.

Inter also have a tricky encounter on the horizon as they host a free-scoring Atalanta side in Serie A on Saturday night. Conte’s men will then take on Cagliari at San Siro in the cup.