​Mikel Arteta has admitted that he was relieved to keep Arsenal’s key players at the club during the January transfer window.

Throughout the month, Pierre Emerick Aubameyang – who is his side’s leading scorer this season – was repeatedly linked with a Gunners departure. Barcelona were understood to be keen on the 30-year-old, while his strike partner Alexandre Lacazette also ​received interest from Atletico Madrid, and Arteta revealed that he was pleased the deadly duo would continue to ply their trade in north London.

​”We believed we could strengthen the team a little bit in some areas, in the financial situation we have,” the Spaniard said, via the ​Mirror. “But four weeks ago I was concerned as well about some departures and we’ve been able to manage that. There were some situations we had to deal with.

“I tried to deal with them in the best possible way, with the beliefs I had and what I thought about how those players could be needed for the squad.” 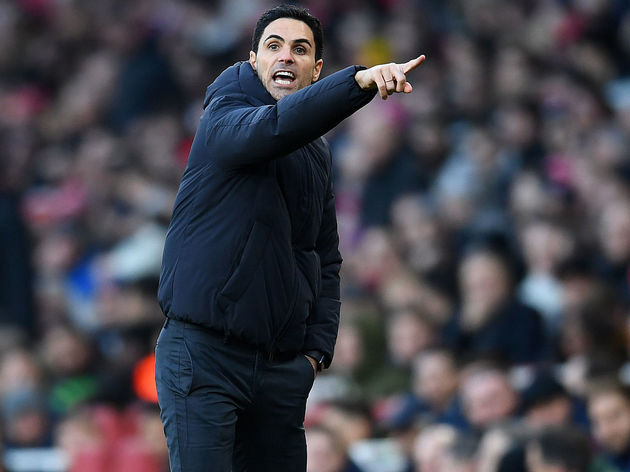 As well as retaining their top performers, Arsenal also bolstered their defensive ranks with two late signings. Centre-back ​Pablo Mari has arrived from Flamengo and an agreement was reached for the signing of Southampton’s ​Cedric Soares with hours left to spare until the deadline.

Both moves have raised a few eyebrows but Arteta insisted that he is happy to be working with both players.

“He’s a player that’s got big experience,” the Arsenal boss said of Cedric. “He’s played in different countries and he’s played in this league. He knows what it means – he’s got that desire and commitment. I started to follow him a few seasons ago and I really like what he can bring.” The pair arrive on loan deals with an option to buy at the end of the season, a structure that Arteta suggested was necessitated by the Gunners current financial situation.

“These were the right conditions for us to try and improve the squad. We’ve done the business we could do, which is loans at the moment,” he stated. “Further on when those loans come to an end, we have to make decisions and see where we are.

“We need a plan and that plan has to start developing in the next few months, but it varies in relation to what we have in numbers, positions, financially – a lot of things.”