​Manchester City remain keen on signing Barcelona centre-back Sumuel Umtiti and are reportedly ready to make a move to land him during the January transfer window as they look to bring in defensive reinforcements.

Following the serious injury sustained by Aymeric Laporte, City manager Pep Guardiola has been left with limited options at the back.

The Sky Blues have conceded 19 goals in 16 Premier League games already this season, which is only four less than the 23 they conceded in the whole of the previous campaign. 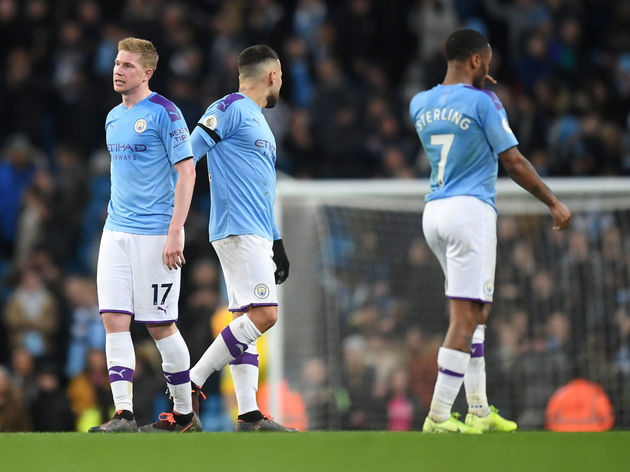 The club have already been linked with Umtiti, with it ​being reported recently that they are one of three Premier League clubs interested in landing the Frenchman – the other two being ​Manchester United and ​Chelsea.

However, the report notes that the 26-year-old is keen to stay and fight for his place once more. French outlet L’Equipe (​via TEAMtalk) are now reporting that City have been given the green light to pursue a deal for the Barça man.

The report claims that the Manchester-based side will be given the opportunity to land the World Cup winner in January for around £46.2m, with the Catalan giants willing to let him move elsewhere. ​City may look to pursue a loan deal with an option to buy in January rather than committing to a permanent move due to concerns over his fitness. The report concludes by revealing that Umtiti now ‘accepts’ he will likely need to move on in order to revive his career.

The player has struggled to overcome a knee injury, featuring just 20 times in all competitions for ​Barcelona since he helped France triumph at the World Cup in 2018. His injury struggles have seen fellow countryman Clement Lenglet take his place in the team for both club and country.

However, he played the full 90 minutes on Tuesday, helping his team to a 2-1 win over Inter in the Champions League.