​Nope, that headline is not a misprint. Despite only arriving at Real Madrid 70 days ago, £54m signing Luka Jovic is already being linked with a move away from the club.

In the latest oddity of Los Blancos’ disappointing pre-season campaign, Zinedine Zidane is ​apparently not convinced of the 21-year-old striker’s credentials and it has been suggested the Serbia international could be shipped out on loan for the year.

So, what now? Whether or not you view this speculation as reliable, the reports must have at least got you thinking about where Jovic would best fit in. So, in this vain, here are some potential contenders for the frontman’s signature. Despite the club’s vast wealth, Neymar’s departure would leave the Parisians in need of more quality in their front line, if their ambition to win the Champions League is to be realised.

It goes without saying that Jovic offers far more quality than former Stoke pair Eric-Maxim Choupo-Moting and Jesé, and even if it is just a loan deal, PSG should certainly consider securing his services for the season. ​Aside from the free-scoring Paco Alcácer, ​Borussia Dortmund are lacking in options to lead their front line.

Marco Reus and Mario Götze are both able to deputise as the striker if necessary, but neither come close to offering what Jovic could bring to Dortmund as they attempt to break Bayern Munich’s hold on the Bundesliga.

The BVB defence will be familiar with the 21-year-old’s abilities as he scored against them whilst playing for Frankfurt in February. The fact that Jovic is already familiar with the league and the German language could assist Lucien Favre in any attempt to loan the Serbian for the season. ​If Dortmund do not take the initiative with Jovic, he could end up playing for their Bundesliga rivals: ​Bayern Munich.

Although Bayern do still have one of the best strikers in the world in Robert Lewandowski, who hit 40 goals in all competitions last season, Jovic could provide an interesting option for when Niko Kovac opts to deploy two strikers this season.

Aside from Thomas Müller, the only other Bayern player who is comfortable enough to partner Lewandowski up front is 19-year-old Jann-Fiete Arp – an unlikely starter for the Bundesliga champions. ​Roma appear to have finally ​given up hope of securing a deal for Gonzalo Higuain, despite chasing the out of favour Argentine for the entirety of the summer transfer window.

This leaves Paulo Fonseca in need of a striker, and this could be where Jovic comes in. With a number of clubs competing with Roma for the signing of Mauro Icardi, Fonseca should instead strike while the iron’s hot and seal a move for the talented Jovic before any other clubs have a chance to register an interest.

Loaning the Serbian could also allow last season’s top scorer Edin Dzeko to remain in the Italian capital, as any deal for Icardi would likely involve the Bosnian going in the other direction to Inter. 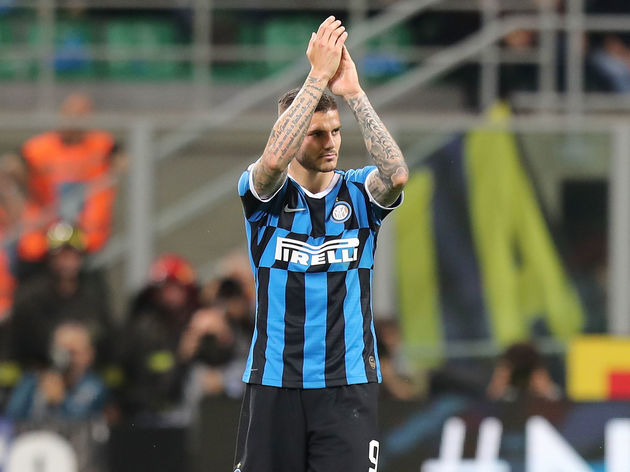 ​They may have already signed a talented striker on hefty wages in Romelu Lukaku, but with Mauro Icardi on his way out, what’s to stop Inter making a loan move for Luka Jovic?

They are clearly in the market for another striker, as evidenced by their interest in Dzeko, and Jovic fits the bill as the man to lessen the goalscoring burden placed on the shoulders of the club’s new arrival.

However, the Serbian would have to contend for a starting spot alongside Lautaro Martínez, who seriously impressed for Argentina in the Copa America over the summer. If Zidane really doesn’t fancy Jovic, Real could do a lot worse than send him back to Eintracht Frankfurt for a year.

It would give the striker the chance to build on his incredible 2018/19 season in an environment he’s already familiar with.

He’d have to make do without Sebastien Haller, who signed for West Ham earlier in the summer, but Jovic would still back himself to grab a few goals.