​Liverpool have had quite the decade. From a team that constantly played in the shadows of their arch rivals Manchester United to becoming six-time European champions, the Reds are now considered one of the best teams in the world.

Of course, German boss Jurgen Klopp is highly responsible for their success in recent years, helping develop Liverpool into the team they are today.

But let’s not forget about the players on the field who have become footballing stars in their own right.  Without further ado, here is Liverpool’s team of the decade. Alisson (GK) – This one’s a no brainer. The Brazilian, often regarded as the best keeper in the Premier League, has become a key component of Liverpool’s success since joining the club in 2018. His first season with the Reds saw the 27-year-old earn 21 clean sheets, picking up the Premier League Golden Glove award as his team missed out on the title by just one point. However, Liverpool did get their hands on the Champions League trophy by the end of the 2019/20 campaign and many would argue that their European success was hugely down to the man between the posts.

Trent Alexander-Arnold (RB) – With Liverpool ten points clear at the top of the table and in a brilliant run of form, it would only be right to include most of their current XI – especially their back four. Let’s face it, Liverpool’s defence has been weak in recent years but now they boast the best rearguard in the league. At just 21, Alexander-Arnold has already established himself as one of the best full backs in the world. The right back, who worked his way up through the youth academy at Liverpool, has become one of the club’s most crucial players and it’s hard to imagine where they would be without him now.

Virgil Van Dijk (CB) – Oh, Virgil. Would Liverpool’s team of the decade be complete without this man? We don’t think so. The Ballon d’Or nominee has completely transformed Liverpool since they signed him from Southampton back in 2018. The 28-year-old is calm on the ball, aerially dominant and confident in his abilities – giving him qualities all worthy of a world class defender.

Joel Matip (CB) – Although many fans were not entirely convinced when Matip first joined the Reds, he has emerged as a world class player alongside Van Dijk. After all, the 28-year-old played a crucial part in their Champions League success last campaign.

Andrew Robertson (LB) – Originally just a low-key signing from Hull, the Scotland international has become one of the best left backs in the world. His intense style of play, key passes and ability to help to team going forward means he has become a firm favourite for both the fans and his manager. 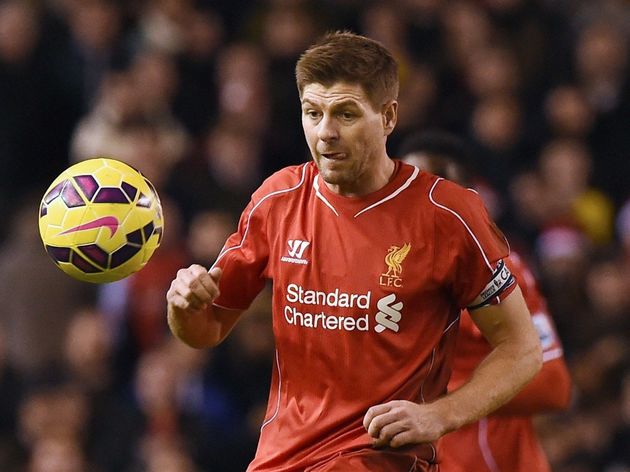 Steven Gerrard (CM) – A Liverpool legend in his own right, this team would not be complete without Gerrard. Yes, the Englishman failed to win a major trophy with the club in the past decade, but he was still a vital part of the team until his departure in 2015. Liverpool’s captain was regarded as one of the best midfielders in the world and was adored by the fans for everything he gave to the club. Forget decade, Gerrard was one of the best players in Liverpool’s history.

Jordan Henderson (CM) – From one captain to another, Henderson had big shoes to fill once Gerrard left the club. Of course, many said that he would never become the captain Gerrard once was, yet the stats prove his undeniable commitment to the club. In the past decade, Henderson has played more games than any other captain for Liverpool, earning over 300 appearances since his arrival in 2011. Mohamed Salah (RW) – Another player currently in Liverpool’s squad who has completely transformed their team is ​Salah. The Egyptian burst on to the scene in dramatic fashion following his move from Roma and boasts an incredible goal record.

Roberto Firmino (CF) – A player who often receives less praise than his Liverpool counterparts but is equally, if not more important, is current number nine Firmino. The Brazilian has arguably been one of the more consistent, influential players since joining the Reds back in 2015. Not only can he score but the 28-year-old has great awareness and is a fine passer of the ball.

Sadio Mane (LW) – A wise Liverpool fan once said that Mane was the best football player in the world – and he might have just been on to something. Since signing for the Reds in 2016, he has become a crucial part of Liverpool’s front three. The 27-year-old won the Golden Boot last season, alongside Pierre-Emerick Aubameyang and teammate Salah, all netting 22 goals each. In his first season with the Reds, he also named Player of the Year – and his superb form hasn’t stopped since.

Luis Suarez (ST) – ​Suarez will be remembered for a lot of things in his footballing career, but one will be his success at Liverpool from 2011 to 2014. During his last season with the club, the Uruguayan managed an outstanding 31 goals in 33 games – becoming one of the most feared strikers in the Premier League and the world. Unsurprisingly, he won the Golden Boot during this campaign as well as the Premier League Player of the Season award.