Shelve all the controversy around ​Friday and Monday scheduling and the daily Neymar updates because La Liga is back and who cares about the rest? Well, a lot of people…but let’s just focus on the actual football for now.

So with the new season just around the corner, here’s everything you need to know about 2019/20 in Spain… Manager: Ernesto Valverde. He may get more hate than just about anyone on football Twitter, but the former Bilbao chief still has the backing of the board despite (get this) not winning every single game he’s been in charge of.

Key Player: Do you really have to ask?

Potential Breakout: Summer signing Junior Firpo showed his talent at Real Betis last season and has the ability to slot right in on Barça left-hand side should Jordi Alba be left out.

But for a late self-implosion, Barcelona might have been treble winners in 2018/19. However, nearly is nowhere good enough for a club (and supporter base) that is not only accustomed to winning everything but also setting the standards for beautiful, awe-inspiring football.

Antoine Griezmann, Firpo and Frenkie de Jong have been added while the Neymar saga rumbles on. The remainers from the Guardiola’s La Masia-led era may be few and on the wane but the Barça squad, whatever it has morphed into in the last few years, is still strong enough to brush aside almost everything in its wake. With their new signings and pre-season displays, there is also finally a sense that they are looking to be a side that can function in a world after Lionel Messi. Maybe.

Just winning La Liga again this season may not be enough for a club that has lifted the title eight times out of the last 11. Manager: Diego Simeone. La Liga’s highest-paid manager for a reason, Atletico would not be where they are today without Simeone. The Argentine faced his toughest task this summer in rebuilding after key departures.

Key Player: Jan Oblak. With other leaders now gone, La Liga’s best keeper is now the old head in a defence whose effectiveness is the cornerstone of Simeone’s side.

Potential Breakout: Joao Felix. Forget his price tag (ok don’t forget it, but put it to one side for a moment), the Portuguese teenager is about as exciting a young player in world football as there is right now.

What a summer it’s been for Atletico. On the negative side, Antoine Griezmann’s tedious will-they-won’t-they saga with Barcelona finally ended, while Diego Godin, Filipe Luis, Juanfran, Lucas Hernandez and Rodri all jumped ship.
​

However, in more positive news, Oblak stayed, so too has Saul Ñiguez, while arguably La Liga’s best centre-back outside the big three last season in Mario Hermoso has been signed. Alvaro Morata’s deal has been confirmed as permanent, while the prospect of €126m Felix has already got fans saying Antoine who? Kieran Trippier, Marcos Llorente and Hector Herrera all seem like astute signings to fill the gaps and Rodrigo is on his way from Valencia to add another €60m arrow to the quiver.
​

A 7-3 pre-season thrashing of Real Madrid in pre-season, as well as a ghost-exorcising win over Juventus, gives fans plenty of reason to be optimistic about the enforced overhaul.

Despite everything, it still seems as though Atleti are the biggest threat to Barcelona for 2019/20. Manager: Zinedine Zidane. The club legend rode back out of the sunset to retake the helm last season. After a turbulent start to his second coming, he might come to wish he hadn’t bothered.

Key Player: Eden Hazard. After making kissy faces at each other for so long, Madrid and Hazard are now finally together. How the reality of the dream works out will define Los Blancos’ season

Potential Breakout: Brahim Diaz. The 20-year-old ex-Man City starlet has seen little game time since his January arrival but will be counted as one of Madrid’s four first-team wingers for the season given Marco Asensio’s injury.

2018/19 was the messy hangover many had been expecting for some time, but the exact nature of the messiness was still quite a surprise. A round of 16 Champions League exit as Sergio Ramos filmed his documentary from the stands was the kick between the legs in an abject season in which Real Madrid lost 12 times in La Liga.

Julen Lopetegui, who lost his job as Spain boss in order to take over at the Bernabeu, lasted all of 137 days as Real Madrid manager before a 5-1 Clasico hammering sealed his fate, while Santiago Solari failed to steady the ship that had a gaping Cristiano Ronaldo-shaped hole in its bow.

With Zidane back in charge and the Galactico tap turned back on, the policy of youth has been shelved for ‘today’ solutions ahead of 2019/20. Hazard and the rest of the €300m worth of signings will need to hit the ground running in a bloated team that still has fundamental issues throughout.

Valencia snuck into the fourth Champions League spot on the final day at the expense of underdog Getafe last season, while also upsetting Barcelona to win the Copa del Rey.

The offer of a repeat season would probably see your hand snapped off by most fans, but manager Marcelino may have his eye on an even better finish amid the disruption at the top three.

Losing Rodrigo to Atletico is a blow but beating West Ham to the signing of Maxi Gomez from Celta could prove very shrewd. Dani Parejo, possibly the standout player not from Barcelona in La Liga last year, and Carles Soler both remain. Maintaining defensive solidity was key to success last season with Los Che boasting the joint-second best defensive record – with just 35 conceded. 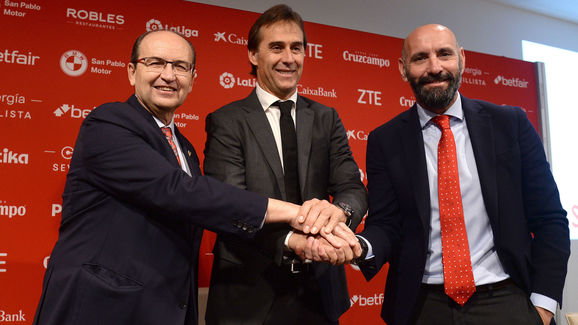 Big things are expected at Sevilla this season, with a new manager in place and over €100m worth of shiny new talent.

The returning sporting director Monchi has wasted little time in flexing his muscles with the likes of Jules Kounde, Joan Jordan, Lucas Ocampos and Sergio Regiuilon (loan) among the arrivals in a new-look team.

New boss Julen Lopetegui has a chance to turn back the clock on his reputation to pre-summer 2018 with a strong start, but the elephants in the room are the departures of Wissam Ben Yedder (Monaco) and Pablo Sarabia (Paris Saint-Germain) which funded the summer makeover.

Ben Yedder contributed 18 goals and nine assists in La Liga last season (well over a third of all Sevilla goals) while Sarabia has been Sevilla’s creative heart for some time. The burden for goals and attacking drive may now fall on two of the other new boys Luuk de Jong and Oliver Torres.

Famously never relegated from Spain’s top flight, Bilbao were saved from the humiliation of a relegation scrap by local hero Gaizka Garitano, who lifted the club to an eighth-place finish after a dismal start to the 2018/19 season.

The feel-good factor of the second half of last season has been boosted by Iñaki Williams signing a new contract that effectively ties him to Bilbao for life.

With a bedrock of Iñigo Martinez and Yeray Alvarez at the back, and Unai Nuñez in reserve, defence is not the issue for Bilbao. However, scoring just 41 goals last season (fewer than 19th-placed Huesca) shows how they struggle for goals when Williams isn’t on it. 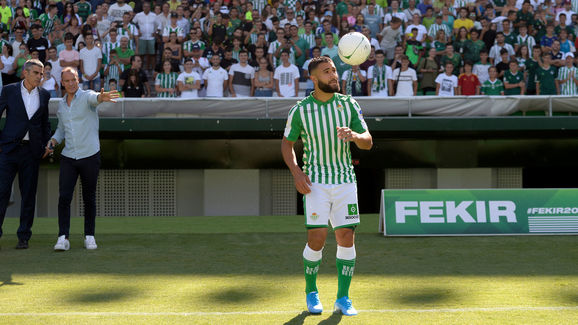 Common consensus is that Getafe will struggle to balance La Liga with European football this season and may even be on a downer after cruelly missing out on Champions League football to Valencia. However, Pepe Bordalas’ squad is at least stable, if not augmented for the new demands.

Real Betis have made two of the most eye-catching of the window with the arrivals of Nabil Fekir and Borja Iglesias as they try to put a fairly rubbish 2018/19 behind them.

Meanwhile, with the likes of Alexander Isak and Cristian Portu signed this summer for a combined fee of less than €20m (and Martin Odegaard on loan), Real Sociedad have arguably done the best bargain hunting of the window, while the outstanding Mikel Oyarzabal was not poached despite tentative links with Pep Guardiola’s Man City.

In addition, Sociedad have the opening of their (by the looks of it) beautifully renovated Reale Seguros stadium to look forward to.

After two seasons in the second tier, famously being relegated after a cameo from Tony Adams, Granada are back in the top flight.

The Andalusians enjoyed a perfect record in pre-season and have signed former Tottenham forward Roberto Soldado for 2019/20.

Coming up via the playoffs, the Balearic Islanders secured back-to-back promotions to reach La Liga for the first time since 2013 with a win over Deportivo La Coruña.

Taking the Basque total to five teams in La Liga in 2019/20, Osasuna were promoted after winning the Segunda Division.

Their name literally means ‘health’ in Basque and, fittingly, they probably look in the best shape of the promoted teams. Key men Roberto Torres and Juan Villar will be ones to watch next season, while the club have shrewdly opted for experience in their summer signings.