​Paris Saint-Germain have been handed a huge blow ahead of the second leg of their Champions League tie with Borussia Dortmund after it emerged that forward Kylian Mbappé did not train with the team on Monday.

Dortmund picked up a 2-1 win at Signal Iduna Park midway through February thanks to two goals from Frankenstein’s monster himself, Erling Haaland, but Neymar did pull one back for the Parisians to give them an away goal.

PSG still need to turn things around on Wednesday, but they may have to do so without ​Mbappé as ​Le Parisien note the Frenchman was unable to train with his teammates on Monday because of illness.

PSG plan to discover the extent of Mbappé’s illness later on Monday, and the hope is that he will be able to return to training on Tuesday, but that is by no means a certainty.

It’s worth noting that Mbappé is privately understood to be against the idea of playing when he’s not on top form. The Frenchman has previously battled through injuries and illness just to get on the pitch, but he does not want to risk putting in a sub-par performance. 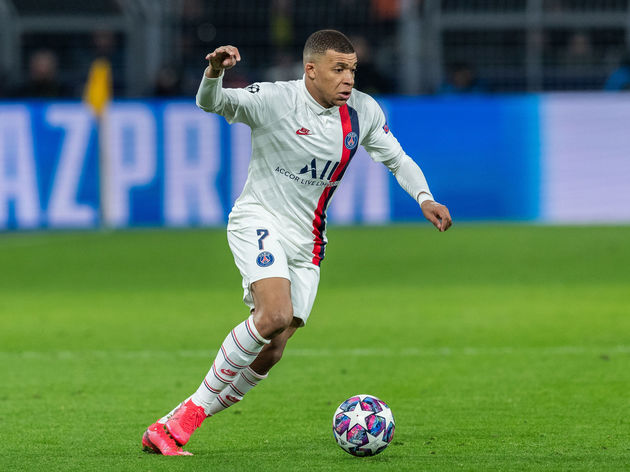 Even if Mbappé does recover in time to face ​Dortmund, he may not be at 100% and might be forced to take a spot on the bench, which means that ​Neymar will get the spotlight all to himself! The dream!

While Neymar is more than good enough to do the job, being without Mbappé would be a huge blow to PSG. The 21-year-old currently sits on 30 goals and 17 assists in just 32 appearances this season, and he has been on a different level in recent weeks.

Last time out, he bagged a hat-trick in a 5-1 win over Lyon in the Coupe de France semi-final, taking his tally to eight goals and four assists in his last six appearances in all competitions.

Given he has been playing as a central striker recently, his absence would open the door to both ​Mauro Icardi and ​Edinson Cavani to return to the lineup.