Juventus struck twice late on to overcome a dogged and determined Lokomotiv Moscow 2-1 at the Allianz Stadium, retaining top spot in Group D in the process.

The visitors took a shock lead half an hour into the match when Aleksei Miranchuk smashed home with aplomb after Joao Mario’s initial effort was only parried by Wojciech Szczesny. It was a goal that punished Juve after a sluggish, lacklustre effort in the opening exchanges.

Lokomotiv were relatively comfortable for a significant proportion of the action in Turin but were punished late on as tiring legs allowed Paulo Dybala two strike twice in two minutes to break the Russian’s stubborn and very bold resistance.

Here’s 90min’s breakdown of the game.

The main narrative going into this clash was all about whether Maurizio Sarri’s side could avoid an upset and assert their authority over proceedings in Group D.

A draw with Atletico Madrid and a convincing home win over Bayer Levekusen on match day two meant victory over the Russian side in at the Allianz Stadium would give La Vecchia Signora one foot in the knockout round after just three matches.

Despite such an incentive, Juventus played out a turgid opening 45 minutes in which they failed to click into gear and were limited to a myriad of half chances.

Not even falling behind to a well taken Aleksey Miranchuk effort on the half hour mark could rouse the home side, and they were jeered off at half-time by their own supporters.The second half continued in much the same vain as most of Juve’s build play lacked the required zip and penetration to break down Lokomotiv’s disciplined 5-3-2 formation.

That was until the final 15 minutes when Dybala took centre stage. First, a real moment of quality saw a long-range drive fly beyond Alvin Marinato to level the scores, before the Argentine pounced on another lapse in defensive concentration to tap home after Alex Sandro’s shot had been parried. 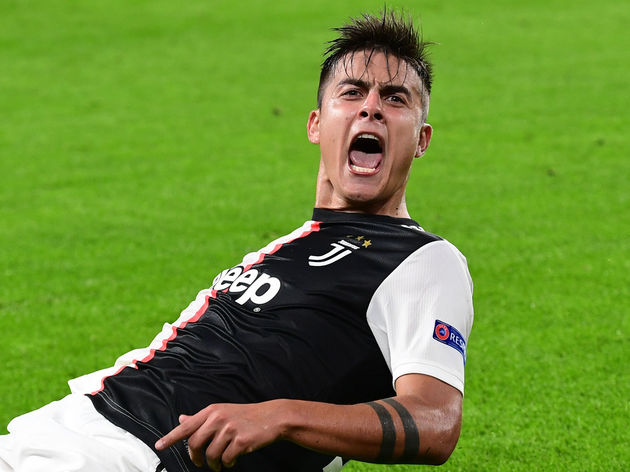 Look no further than Paulo Dybala for this award, even though the Argentine forward, like most of his teammates in Turin, had endured a very frustrating night for the most part.

In fact, Dybala has endured a rather difficult time in recent weeks and months after Juventus’ board openly tried to jettison the 25-year-old out of the club and onto pastures new.

However, when it mattered most, he showed his class by first levelling things up with a lovely effort from distance, before tapping home a tidy poacher’s effort just a minute later to give his side a somewhat fortuitous win. His cheeky celebration, aimed in the vicinity of the directors box, won’t have gone unnoticed though.

Having endured a tough night at the hands of their Russian opponents, Sarri’s Juventus travel away to Lecce in Serie A as they look to extend their unbeaten domestic run to eight matches.