But on Tuesday evening, the 32-year-old watched his RB Leipzig side dump Mourinho’s Tottenham out of the same competition to progress to the quarter-finals.

It was a miserable evening for Spurs, who were looking to overturn a 1-0 deficit from the first leg. Instead, they were comfortably swept aside, with Leipzig running out 3-0 winners. 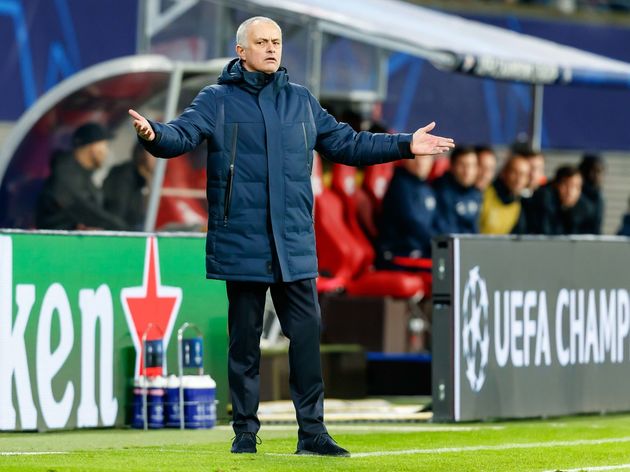 It was an evening to forget. Oh, and to make matters even worse, following their defeat on Tuesday, they have now gone six games without a win in all competitions – the worst run of Mourinho’s managerial career to date.

Fortunately for Tanguy Ndombele, Mourinho wasn’t focused on his performance after the game – perhaps because he didn’t play. Instead, the Portuguese was more than keen to once again highlight…? Yep, you guessed it: the injury crisis. In fact, due to the current number of first-team players missing through injury, the ​57-year-old claimed: “All the players on Leipzig’s bench, in my team they would play at this moment.”

Six games without a win. Out of the ​Champions League. Star players out. The list goes on for Mourinho. As a result, one reporter felt the need to try and cheer him up at the end of a post-match press conference on Tuesday evening.

In footage captured by ​Hayters TV, Mourinho stood up as he prepared to leave, before a reporter told him: “Cheer up, it’s going to be alright.”

Understandably, Mourinho was unsure what he had just heard and looked at him to repeat it. The reporter swiftly responded: “Cheer up, it’s going to be ok.”

The man continued to repeat the same sentence, with Mourinho still unsure of what exactly was going on. In an attempt to merely play down the situation, the former ​Manchester United boss asked him what it exactly was that was going to be ok.

Finally, the person, who was stood right in front of Mourinho, told him: “This season. It’s going to be ok.” The unusual exchange ended as the ​Spurs boss simply replied ‘yeah?’ before walking out of the room. 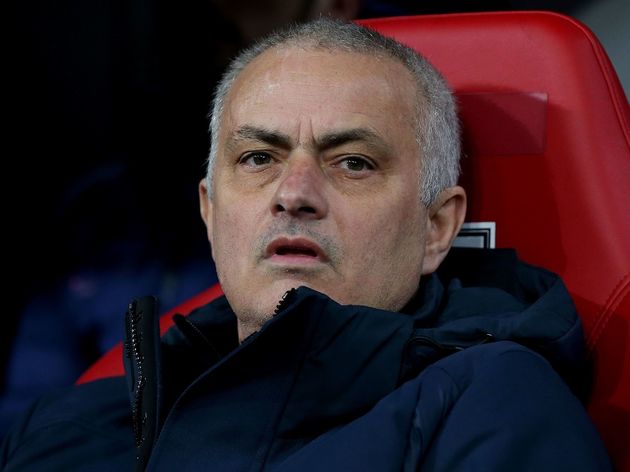 It is worth noting that the reporter was stood there with a phone in his hand and filming the exchange. Of course, Mourinho does have a history of responding to remarks made, and perhaps it was an attempt at sparking a reaction. Whatever the intentions were, Mourinho was clearly in no mood to respond.