​Jose Mourinho opted to give the match ball to 17-year-old Troy Parrott following the teenager’s Premier League debut against Burnley on Saturday, taking the ball from Son Heung-Min to do so.

Son – who scored one of the goals of the season after an immense solo run and finish – grabbed the ball at the final whistle to take it home with him after Tottenham battered Burnley 5-0.

However, Mourinho had other ideas, grabbing the ball off the South Korean, before giving it to Parrott who had come on in the 85th minute for his first Premier League appearance. ​Son took it in good humour, laughing and joking with Mourinho as the 56-year-old strolled over to Parrott and handed him the ball.

As quoted by the ​Daily Mail, Mourinho explained the reasoning behind his decision to the media after the match.

“It’s the Premier League debut for a 17-year kid, so if he has the chance to have the ball for his debut,” he said. “Sometimes [the match ball] is for the guy who has his hat trick but I think it has a bigger meaning for a 17-year-old boy.” 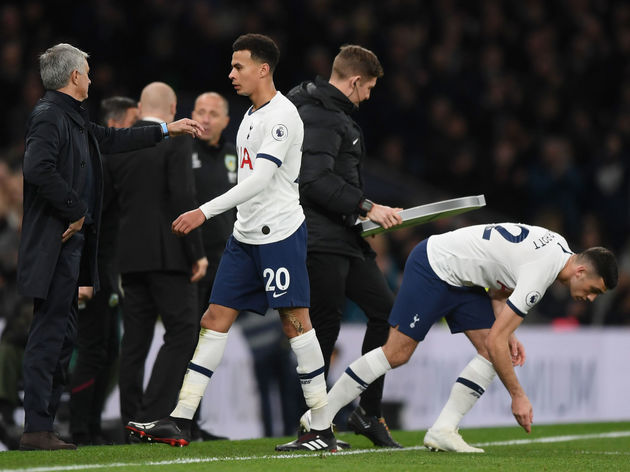 Spurs were already five goals to the good when Parrott came on for the in-form ​Dele Alli, marking a historic day for the youngster and Tottenham as he became the youngest player to feature in the Premier League this season and the youngest for the Lilywhites since 2007.

Lovely moment after the final whistle as Jose Mourinho asks Son for the match ball and he walks over and hands it to Troy Parrott and has a word in the teenager’s ear. The ball presumably will mark his Premier League debut and hopefully the first of many appearances for Spurs.

A brace from ​Harry Kane, alongside goals from Son, Lucas Moura and Moussa Sissoko, made up an emphatic victory for Spurs, who kept their first clean sheet of the Mourinho era.

With a trip to Bayern Munich in the ​Champions League midweek, and qualification to the last 16 already assured, teenage sensation Parrott may be given another opportunity to showcase his talents.