​Leicester City defender Jonny Evans has admitted that the club’s recent run of excellent form and great spirit makes them outside contenders for the Premier League title.

The Northern Irishman scored the third of Leicester’s four goals in a comprehensive 4-1 win over Aston Villa, which was the Foxes eighth consecutive victory. 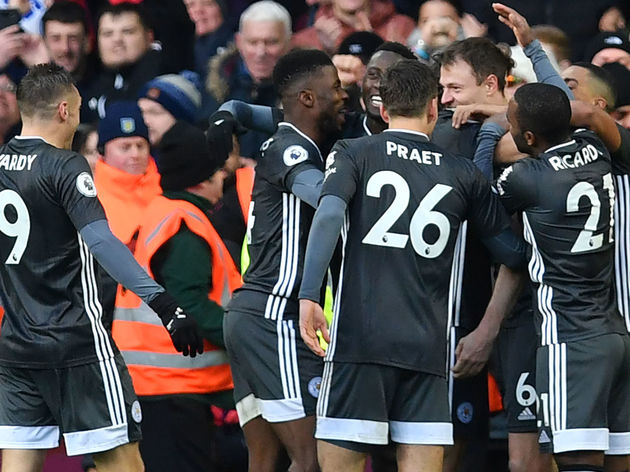 Leicester’s incredible run of form has seen them wrestle second place away from Manchester City, and 31-year-old Evans admitted after the game that his side are rightfully being talked about as outside contenders, claiming it’s nice for the team to be recognised for their achievements so far.

“We’re up there, we’re challenging and playing well,” the former Manchester United defender said, as quoted by the ​Liverpool Echo.

“Probably now people will start talking more about that. It’s good to be talked about as contenders. People want recognition for how they’re playing. Everyone likes to be talked up a bit. It’s nice that people are talking about us.

“There’s a long way to go but we’re all really enjoying it which is a big factor. There’s a great spirit about the club.”

Evans continued by admitting that Aston Villa were a tough nut to crack, insisting that the Foxes needed to work hard to get the positive result they were looking for.

He added: “I’ve been in the Premier League a long time and it’s very hard to do that.

“I think that’s the best Villa team we’ve played against in a few years, we had to grind it out. It shows we’re capable of going away and getting results.”

Evans’ goal, which came either side of a Jamie Vardy brace and second in the space of a week for Nigerian striker Kelechi Iheanacho, leaves Brendan Rodgers’ side eight points behind runaway leaders Liverpool, but crucially six points ahead of Pep Guardiola’s City, after their title challenge took another dent with a bitter 2-1 defeat to Manchester United at the Etihad Stadium. The Foxes take on relegation threatened Norwich back at King Power Stadium this weekend, before back-to-back fixtures against City and ​Liverpool really puts their title credentials to the test.