Plenty of eyebrows were raised when Everton confirmed their new manager on Saturday morning. But one single brow rose higher than them all, as Carlo Ancelotti swaggered into Goodison Park to watch his new side battle it out with struggling Arsenal.

The Italian maestro was a surprise contender for the Everton job, and it came as even more of a shock when he actually agreed to take over following Marco Silva’s sacking. Ancelotti will replace Duncan Ferguson, who put in some solid interim displays on the Toffees’ touchline. I feel for the guy who has to break the news to big Dunc that, after picking up points against Chelsea, Manchester United and Arsenal, his time in the sun (well, December drizzle) is over. Be brave, fella.

Anyway, the main takeaway is that Ancelotti has rejoined the Premier League party, and his first task will be a home tie with Burnley on Boxing Day – a proper re-introduction to English football.

The ex-Chelsea boss is known for his charm, laid-back attitude, free-roaming eyebrow and a love of a 4-4-2 formation. So without further ado, 90min investigates how how ​Everton may line up under their charismatic boss. Jordan Pickford (GK) – No shocks here, then. Jordan Pickford is currently England’s number one goalkeeper, and it’s difficult to pin Everton’s recent slump on the young shot-stopper. Ancelotti’s 4-4-2 style requires a goalkeeper who is calm in possession, and one who is primed to spring lighting attacks with precise accuracy, so Pickford’s recent endeavours with Gareth Southgate’s England side will have served him well as preparation for life under the Italian.

Djibril Sidibé (RB) – If you had the pleasure of watching Ancelotti’s ​Napoli side during his first season in charge, then you would have noted what a huge role the full-backs play in his attacking system. With that in mind, Djibril Sidibé will slot nicely into Carlo’s back four, overlapping down the right flank with bags of pace and energy. Get ready to run, Djibril.

Michael Keane (CB) – Michael Keane proved to be one of the sturdiest defenders in the Premier League during his stint in the ​Burnley backline, but question marks have arisen over the 26-year-old’s true capabilities since his big-money move to the Toffees. Keane has dropped down the pecking order with England, given his weaknesses with the ball at his feet, and Ancelotti will be expecting his side to play out from the back. Luckily for Keane, there aren’t too many great options waiting to pinch his place.

Yerry Mina (CB) – As mentioned before, the Toffees aren’t blessed with a crop of talented central defenders, so it’s unlikely that Mina will be warming the bench any time soon. Ancelotti does love a big strapping defender, so Mina ticks plenty of boxes for the Italian.

Lucas Digne (LB) – Probably the best defender in the entire squad, Lucas Digne won’t be losing any sleep over being a potential casualty of the new Ancelotti era. Digne offers so much to Everton’s overall game: set-piece delivery, crosses from wide, and general defensive ability. A shoo-in at left-back. 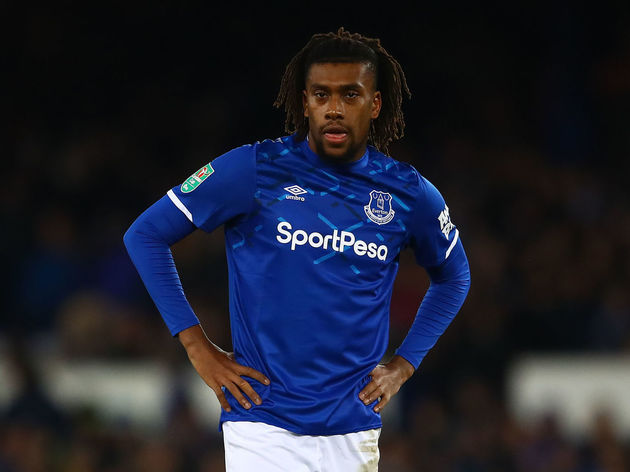 Alex Iwobi ​(RM) – The new boss loves pace and drive from his wide men, and Alex Iwobi certainly has those in abundance. The young forward can also play in an advanced central role, but given Ancelotti’s 4-4-2 persuasion, it’s unlikely that Iwobi will be given the chance to shine in that position. The Toffees have spent a lot of money on the former ​Arsenal man however, so he’ll certainly be given time to prove himself under the new gaffer.

Gylfi Sigurdsson (CM) – It’s no secret that Gylfi Sigurdsson likes to play in a more attacking role, but as mentioned above, that ain’t gonna happen. Ancelotti does like creativity in his central hub however, and just like Fabian Ruiz at Napoli, Sigurdsson could provide that little spark and guile that is needed in the middle of the park. There’s plenty of competition from the likes of Morgan Schneiderlin and Tom Davies though, so the Iceland international will need to impress – and fast.

Fabian Delph (CM) – With the wingers unlikely to add much to the defensive side of Everton’s defensive, the responsibility may lie at the feet of Fabian Delph to do the running of three or four men. Luckily for Ancelotti, Delph can do just that. The former ​Manchester City man may not be the youngest player in the side, but he can certainly put a shift in, and he is a model professional.

Richarlison (LM) – The Ancelotti 4-4-2 often becomes a 4-2-4 in-game, with the wide midfielders being freed from the shackles of defensive responsibility. Richarlison has always impressed more in a wider position, and the Brazilian would be given the freedom to cut in and cause problems throughout the match. The 22-year-old may truly benefit from the arrival of his new Italian coach. 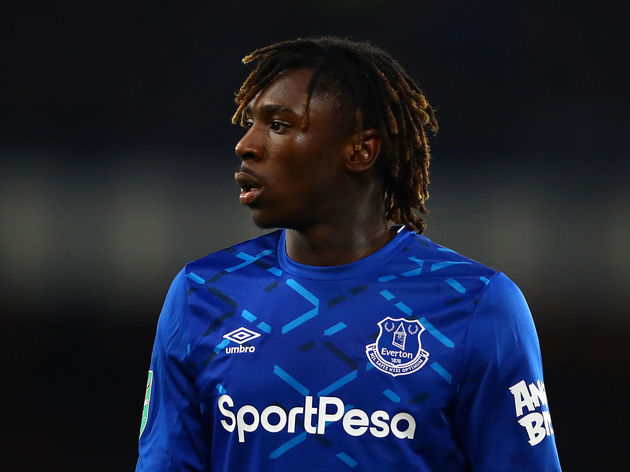 Moise Kean (ST) – This could be the ultimate Italian job. Ancelotti was coaching in Italy when Kean shot to fame, and he would have witnessed the true capabilities of this out-of-sorts youngster. The ​ex-Juventus man has bags of talent however, and under the right manager in the right conditions, Kean could fulfil his potential as one of the best strikers in the Premier League. Keep an eye on this one.

Cenk Tosun (ST) – Ancelotti does like a big striker – ask Arek Milik or Fernando Llorente. Providing Kean gets the nod as a regular starter under the new boss, Tosun could line up alongside the young Italian and provide the muscle and graft required in this system. The Turkish international has been a real flop since arriving in England, but Carlo ‘the ego whisperer’ Ancelotti may be the man to finally get Tosun firing.