​Gianluigi Buffon has given a timely reminder of his longevity as a top-level footballer by revealing he has a shirt collection that includes three father and son combinations.

Widely regarded as one of the greatest goalkeepers of all time, 42-year-old Buffon made his 912th professional appearance after starting for Juventus in the 1-1 draw Coppa Italia semi-final first leg draw with AC Milan on Thursday.

A career that has seen him turn out for three clubs, the Italian stopper is in his second stint with ​I Bianconeri after leaving to join Paris Saint-Germain at the start of the 2018/19 season, before returning to Turin on a one-year deal last summer.

Having made his debut back in 1995, ​Buffon has the majority of the world’s finest players over the last two decades – one of whom was the father of an opponent he faced against ​Milan on Thursday night.

Daniel Maldini, son of Paolo, now plies his trade at San Siro, with Buffon revealing after the game he collected the teenager’s shirt – adding to what is already a fine collection.

“In my collection, I have Enrico Chiesa and his son [Federico], George Weah and his son [Timothy], Paolo Maldini and his son,” he told Rai Sport, via ​Football Italia. “Now I’m waiting for their grandchildren!” 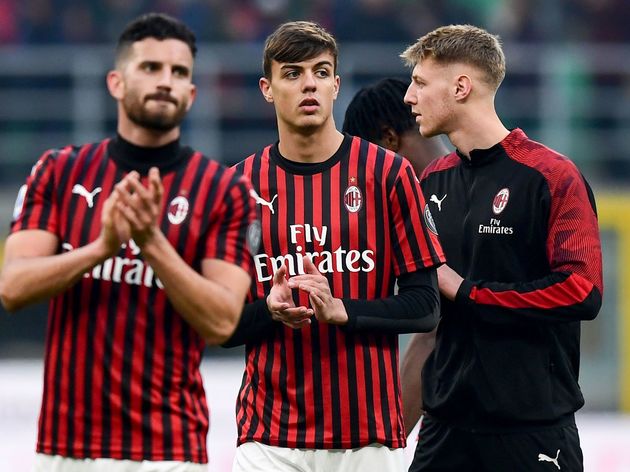 Also currently playing in Serie A to add to Buffon’s unusual collection are Justin Kluivert (son of former Barcelona and Milan forward Patrick) and Giovanni Simeone (son of former Inter star Diego), while the keeper’s former teammate Lilian Thuram has a son (Marcus) who is now at Borussia Monchengladbach in Germany.

Also on show at San Siro on Thursday were two other players who’ve defied the odds to play into their latter years, with both Cristiano Ronaldo and Zlatan Ibrahimovic turning out for their respective sides despite being 35 and 38 respectively.

Ronaldo was one of the players Buffon was quick to heap praise on, citing his place in the side as one of the reasons he returned to the club, while also lauding the Swedish striker. 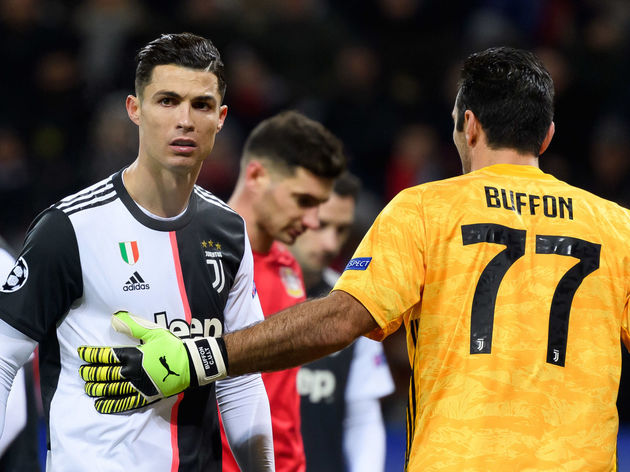 “Ronaldo is incredible,” he added. “I will admit, one of the reasons I returned to Juventus was the opportunity to play and train with Cristiano Ronaldo and every day is a revelation.”

“I have to admit, I smile at this, because so many turned their noses up when Ibrahimovic was coming to Milan, but at the age of 38, he is making the difference. When it comes to players, you have to analyse them individually and not just as a birthdate. I am very happy for him, he is an extraordinary champion.”