​Chelsea manager Frank Lampard has played down his reunion with José Mourinho, with the Blues set to face Tottenham Hotspur on Sunday.

Lampard spent a number of years under Mourinho as a player during the Portuguese manager’s two spells at Stamford Bridge, while they met for the first time in opposition dugouts last season when Derby County travelled to Manchester United.

But Lampard has stressed that this weekend’s meeting isn’t “me and José show” and has urged people to focus on the game being a meeting of two teams who are fighting to finish inside the Champions League places. 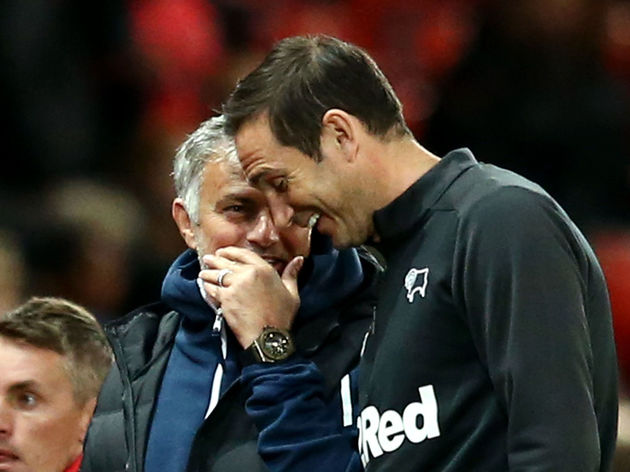 “I would always have big respect for all my managers. If I was to text or ring a manager, I’d always call them boss or gaffer. Even long gone. When you go up against someone like that, influential, I knew it was different.

“It was a good honour to go up against him, but I wanted to beat him. It would be strange to call him boss now. Now I am an ex-player, on this side of the fence, I won’t be calling him boss. But that doesn’t take away from the respect I have for him.”

Lampard continued by addressing Mourinho’s decision to join Tottenham, claiming that the club’s supporters will always remember his achievements at Chelsea, even though he has now opted to manage in north London.

“If you go to the fiercest rivals, the fans will give the answer. That doesn’t mean they’ve forgotten the history or don’t respect it. José Mourinho is a manager who wants to work. He took that opportunity. Mourinho won’t be too concerned about that, either.

“Look at the times he’s come back with [Manchester] United, it did look like [he doesn’t care]. We know it’s a huge rivalry. Probably, in my era, it became the biggest of the London derbies. It felt like that in the stadia and on the pitch. So possibly it is.

“Any rivalry, any local derby, ups the ante slightly. I remember that feeling, that eagerness to win and desperation not to lose. That’s how we all feel about it.”

Lampard’s Chelsea side are coming into the match three points clear of Tottenham, but Mourinho’s side could leapfrog the Blues with a win thanks to their superior goal difference.