Chelsea have a new look side going into the new season, with a host of youth players getting a chance thanks to the club’s transfer ban. One of these academy stars is Fikayo Tomori, a young defender who has joined Frank Lampard’s setup.

The 21-year-old, who spent last season on loan at Derby under Lampard, has finally earned his true breakthrough into the first team. After coming on in Chelsea’s Super Cup defeat to Liverpool, Tomori looks set to earn a lot of chances throughout the season.

With the English defender set for a big season ahead, here are five things you should know about Tomori.

Tomori Joined Chelsea When He Was Seven Like many of ​Chelsea’s successful youth players, Tomori joined the Blues at a very young age. He arrived at the club in 2005 at Under-8s level, signing when he was just seven years old.

Since then, Tomori has successfully navigated his way through Chelsea’s youth setup, moving up the ranks throughout his career.

However, his best season at Chelsea has to be the 2015/16 season. While it was a tumultuous campaign for the first team, Tomori helped the youth team to back to back FA Youth Cup and Youth League titles, scoring in both finals and being named academy player of the year.

He Has a Choice of Three Countries to Play for ​Most players have a simple choice when picking which country to represent at international level, because they only have one. However, Tomori has the unusual choice of three different countries from three different continents, thanks to his diverse background.

Tomori’s main option is England, having grown up there and earned 35 caps for the Three Lions across three different youth levels. However, he could play for Canada, as he was actually born in Calgary and was called up by their Under-20 side in November 2015.

Finally, Tomori could go and play for Nigeria, who he is eligible to play for thanks to his parents. He still has time to decide having not yet earned a senior call-up, though if he performs well this season and attracts attention then he will find himself deciding sooner than later.

Tomori Was Derby’s Player of the Year Last Season

In an attempt to give him game time and experience, Chelsea sent Tomori on loan to ​Derby County last season. It was the defender’s third loan spell away from Stamford Bridge, as he was sent out to Lampard’s side for the 2018/19 season.

As soon as he arrived at Pride Park, Tomori hit the ground running. He ended up making 55 appearances for the Rams, as he helped them storm to the ​Championship play-off final. However they fell just short, losing 2-1 to ​Aston Villa at Wembley.

Nevertheless, Tomori’s outstanding season didn’t go unrecognised, as he was named Derby’s Player of the Year at the end of the season. He became the first loan player to win the award, as his breakthrough season on loan proved to be crucial in his Chelsea career.

He Made His Senior Chelsea Debut in 2016

While this season will be Tomori’s big chance at Chelsea, it is not the first time he is playing for the first team. Despite featuring in the Blues’ Super Cup defeat at the start of the new season, it proved to be his second senior appearance.

When Tomori was enjoying a fantastic season with the youth team in 2015/16, the first team ended the ​​Premier League​ season in 10th. In May 2016 on the final day of the season against ​Leicester, then-caretaker manager Guus Hiddink handed Tomori his debut at Stamford Bridge.

At 18-years-old, Tomori was brought on as a substitute for Branislav Ivanovic on the hour mark. The match ended 1-1 after Danny Drinkwater cancelled out Cesc Fabregas’ penalty, as Tomori earned his first ever appearance as a Chelsea player.

Frank Lampard Is a Big Admirer of Tomori 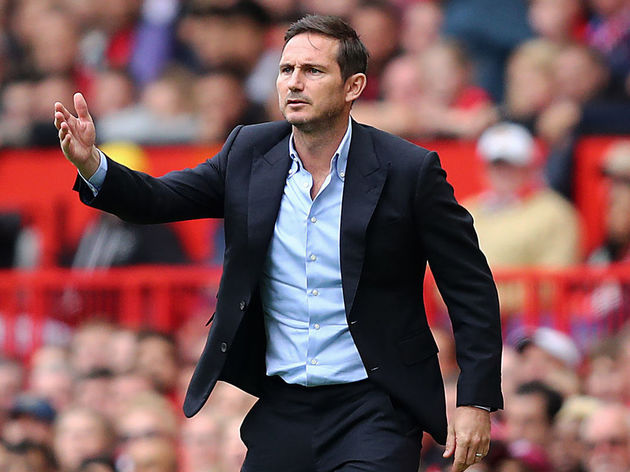 With Lampard and Tomori reuniting at Stamford Bridge after their time at Derby, it is clear that the Chelsea manager holds him in very high regard. The 21-year-old has truly earned his place in Lampard’s squad, who was full of praise for him last season.

While they were at Derby, Lampard told the club: “His progression this year has been incredible. From when he came in, he was a good young player anyway, but you can see how pivotal he has been in our team. He has grown from within and I’ve enjoyed working with him day to day.”

Tomori has huge potential for the future, and has a lot to look forward to in the future. With Lampard at the helm and the youngster in fantastic form, Tomori is set for a superb season with his boyhood club under the guidance of a club legend.