​Manchester City moved back to within five points of Liverpool, after they overcame Everton 3-1 on a tricky evening at Goodison Park on Saturday.

In the opening passage of play, Raheem Sterling’s cross was blocked by Theo Walcott, who went down in agony. While it didn’t appear serious at first, the medics weren’t going to take any chances, and rightly so – Alex Iwobi the man who replaced him. After a six minute delay, the Citizens wasted no time getting back into their stride, with Ilkay Gundagon immediately missing an open goal from two yards out.

However, Pep Guardiola’s side soon took the lead thanks to a Gabriel Jesus header, with the chance was put on a plate for him by an absolutely sensational Kevin De Bruyne pass. The Toffees looked on the ropes with the Sky Blues carving the defence open at will. However, Marco Silva’s men found an equaliser seven minutes later – Dominic Calvert-Lewin heading home on the line, after Seamus Coleman’s chip.

The Toffees started the second half the stronger of the two, with Yerry Mina coming close twice. After soaking up the pressure, the away side won a free kick – and with 20 minutes remaining, Riyad Mahrez stepped up and curled home. Raheem Sterling added a late third to make sure of the points for his side.

Here’s the breakdown of the game.

Everton and Marco Silva needed a big performance to get their Premier League campaign back on track – and there aren’t many better stages to do just that than hosting the reigning champions. 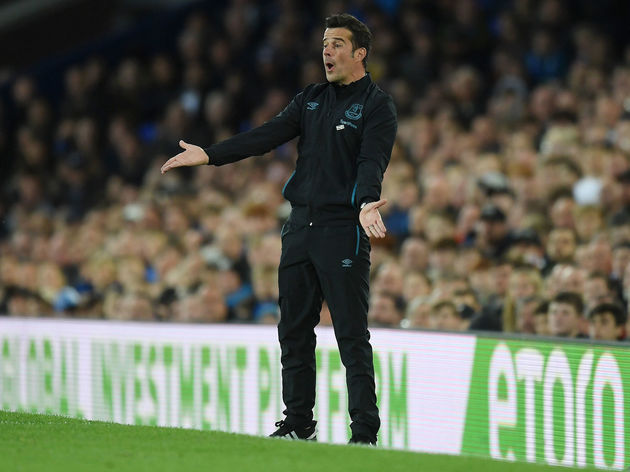 From the off, each individual player looked ready for the contest and there was an intensity to their play that was there for all to see. Dominic Calvert-Lewin set the tone as the striker and everyone followed.

After going a goal down, the hosts didn’t appear at all fazed and, in fact, grew into the game and soon drew level. The attacking intent from the team is best summed up by the fact that both Digne and Coleman were constantly up the field supporting the play and creating opportunities for the forwards.

The first half saw Everton have the most touches in Manchester City’s box of any team in the league this season. This continued into the second half and were unlucky not to draw level when it was 2-1, with Yerry Mina’s header coming back out off the bar.

Although it ended in defeat, fans can take real heart from a positive display.

STAR PLAYER – Everton went toe-to-toe with the reigning Premier League champions and it was certainly a very encouraging performance. Right back Seamus Coleman was outstanding on the evening, as he showed a supreme amount of energy and desire to impact the game both offensively and defensively.

The captain supplied the forwards with crosses, as he marauded up and down the right flank. He even showed a delicate touch to chip Ederson with an effort that was goal-bound, before Calvert-Lewin nodded it in.

Manchester City and Pep Guardiola will not have been fazed by the fact that Liverpool went eight points clear at the top of the Premier League table, after they overcame a resilient Sheffield United. However, they will have known the importance of a positive performance and result.

There’s absolutely no denying the team’s ability going forward, as they looked lethal every time they went forward. De Bruyne’s incisive passing combined with the movement of Raheem Sterling and Mahrez left the Everton defence unsure how to deal with them. Gabriel Jesus also continued to harry and press when not in possession, but he once again proved his ability in front of goal with another goal. 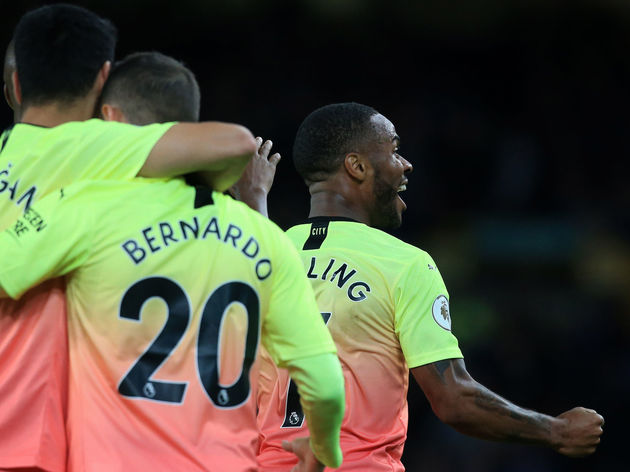 However, the importance of Aymeric Laporte cannot be understated and he was sorely missed on Saturday evening. For the Toffees’ equaliser, there was a lack of communication and leadership at the heart of the defence, allowing Iwobi to nip in and feed Coleman. A number of errors followed and this disrupted the flow of the attackers.

Guardiola will be keen to find a solution, as it appears as though Liverpool are in no mood of waiting around for their rivals this season.

STAR PLAYER – In a team filled with world-class talent, it is hard to stand out. Yet, De Bruyne always seems to be two steps ahead of his opponents and he tends to spot passes that can’t even be seen on television.

The Belgian’s ability to play an eye-of-the-needle pass with such ease is astonishing. The footballing world was treated to a De Bruyne masterclass in City’s rout of Watford the previous week, and we were all mesmerised once again. The midfielder’s pass for Jesus was inch-perfect – using the pace of the pass to him, he whipped it around the Everton defence and onto the head of his teammate.

The 28-year-old continued to pull the strings and any notable attack came through him – signifying his importance to the team.

Everytime I watch Kevin De Bruyne I wish he played for us, lads different gravy #EVEMCI

Everton travel to take on Burnley next Saturday in the Premier League, before hosting West Ham after the international break.

Manchester City, meanwhile, return to Champions League action, as they host Dinamo Zagreb. They then return to Premier League action Sunday, where they will host Wolves.