​Well, Barcelona may have one eye on Ronald Koeman this summer, but a return to Camp Nou will have to come after the Dutchman leads his nation out at Euro 2020.

Having failed to qualify for the last two major tournaments – something that is almost unprecedented in recent Dutch history – Netherlands are finally back in the big time, and have a real chance of grabbing a first piece of silverware since Koeman himself helped Oranje win the Euros in 1988 as a player.

Koeman enjoyed a 12-year career with the Netherlands, featuring 78 times for his country and netting 14 goals – chiefly from defence. This spell with the national team spanned almost his entire career, which, for the most part, he spent in his homeland at some of Oranje’s biggest clubs.

However, while PSV, Ajax and Feyenoord were all fortunate to possess one of the Netherlands’ greatest players at one time or another, the highlight of Koeman’s career was a six-year spell at Barcelona, where he later became assistant manager in 1998 after hanging up his boots.

A long and prosperous career in management was born, with Koeman having managed in four different countries; the Netherlands, Portugal, Spain and England. His most recent managerial tenure at club level in charge of Southampton and then Everton earned him plenty of plaudits across Europe, although a decline in standards at Goodison Park eventually led him to the job he has today. Having started life as an assistant manager with Netherlands and ​Barcelona, Koeman eventually secured a debut managerial post at Dutch club Vitesse at the turn of the century. Having performed strongly with limited resources, Ajax swooped in to steal one of the Netherlands’ most exciting young managers.

While he enjoyed a fair amount of success in the capital – winning four trophies in five years – the incredibly high standards at Ajax had simply not been fulfilled, leading Koeman to resign. Following his departure from the club, he jumped from country to country, enjoying relatively short stints at Benfica, PSV, Valencia and AZ Alkmaar.

The highlight of this period of his managerial career was during his time in Spain where he guided Valencia to the Copa del Rey following a 3-1 victory over Getafe in the final. However, following a return to his homeland, Koeman found consistency and comfort at Feyenoord, overseeing a three-year spell without a trophy. 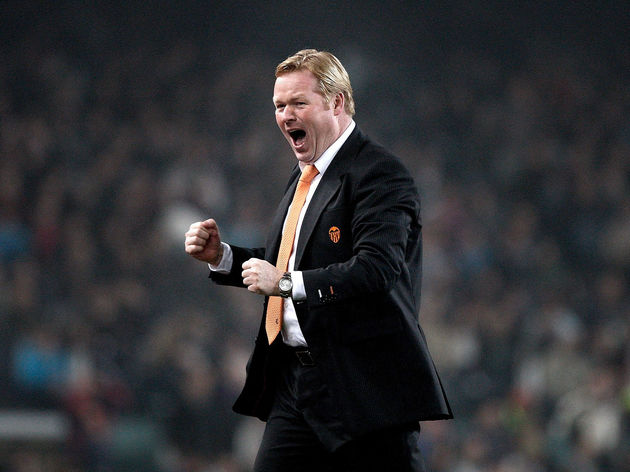 While Feyenoord were eager to keep the Dutch icon around, Koeman couldn’t resist the temptations of the Premier League, taking over at ​Southampton following the departure of Mauricio Pochettino at St. Mary’s Stadium. A brief period of success – in which he helped the Saints to the Europa League and their highest ever Premier League finish – paved the way for a move north, with Koeman taking charge at Everton.

The 56-year-old’s time at Goodison Park was littered with expensive mistakes as the Dutchman was unable to meet the lofty standards set by those on Merseyside. Eventually, after ​Everton slipped into the relegation zone, the Toffees parted ways with Koeman – a move that worked out rather well as he was soon able to land the national team job. Koeman’s managerial career may not be littered with big trophies, but his success in the Netherlands undoubtedly helped him secure the nation’s top footballing job. Three Eredivisie titles with two different clubs, as well as a KNVB Cup and two Johan Cruyff Shields (equivalent of the Community Shield) have helped bolster Koeman’s trophy cabinet.

His time at Ajax was by far and away his most successful, winning as many trophies in his four-year spell than he has throughout the rest of his managerial career.

Relatively limited success in Spain and Portugal has left Koeman with a CV that perhaps doesn’t match his worth, while his stint in England was always unlikely to produce any silverware. However, the crown jewel of his managerial achievements could come this summer at Euro 2020, with the Netherlands having already finished runners-up in the newly-founded UEFA Nations League in 2019. While the Netherlands were drawn in to a seemingly easy group (bar Germany), Northern Ireland made life incredibly difficult for Oranje, pushing them all the way under Michael O’Neill’s tutelage.

The crucial match came between the pair in October in the Netherlands where two goals in stoppage time saw Koeman’s men come from behind to beat a plucky Northern Ireland side 3-1, and edge closer to returning to a major tournament.

Two players really stood out for the Netherlands during the campaign: ​Georginio Wijnaldum and Memphis Depay. The pair scored 14 of Oranje’s 24 goals during the qualification campaign, while the presence of Liverpool’s Virgil van Dijk at the back saw them keep four clean sheets from eight matches.