Erling Braut Haaland has explained footballing reasons were behind his decision to join Borussia Dortmund over Manchester United last month, hitting out at ‘comical’ suggestions that it was a financially motivated move.

The 19-year-old’s preposterous goalscoring exploits for Red Bull Salzburg in the first half of this season sparked a bidding war for the ages in January, but although ​United had once looked primed to get a deal over the line, it was the German side who got the transfer done. His decision not to join his former Molde boss Ole Gunnar Solskjaer in the Premier League naturally kick-started a raft of excuses from corners of the English media, with one belief being that United simply could not or would not match the substantial offer Lucien Favre’s side had tabled.

But Haaland – who has scored eight goals in just five appearances since heading to the Westfalenstadion – says it was simply that Dortmund was the best footballing option, regardless of his relationship with the United boss.

He said: “Ole has been very important for me in getting to where I am today.

“But we concluded that Dortmund was the best option for me. That was where I felt best about, and therefore it became Dortmund.”

When pressed to discuss suggestions that his wage demands had tanked the move to United, Haaland went on to brand the speculation ‘comical’, saying he is unconcerned by the claims.

He added: “No, it’s the guys writing would have to speak to that. 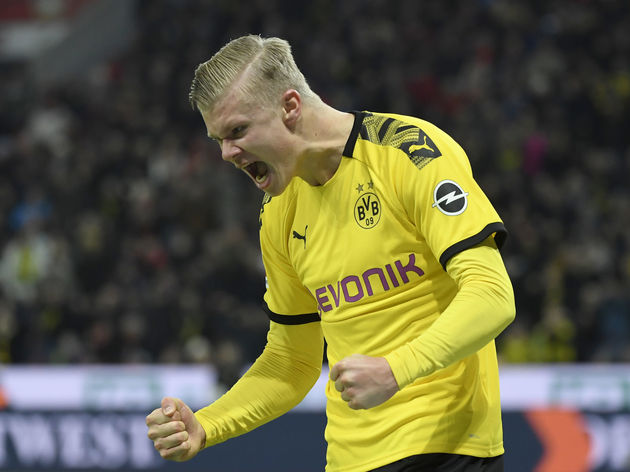 “They’ll have to explain it to me if they meet me. It’s not my focus, whatsoever.

“It’s kind of comical if I were to get that label. All the people closest to me know that’s not the kind of person I am.”