Tottenham Hotspur’s Erik Lamela has not returned to full training with his teammates yet, despite making cameo appearances in Spurs last two outings.

The Argentine winger has endured several injury problems during his time at Spurs, most notably a hip problem suffered in October 2016 that kept him out for more than a year.

Despite regular fitness issues, the player has made himself available for selection whenever he’s deemed close to full fitness, knowing how much time he has missed for the north London club. And according to ​football.london, Lamela’s continued absence from training is due to his sensitivity to ‘aches’ and ‘pains’, rather than as a sign of his slow recovery, or from ‘Ledley King-style’ chronic injury issues.

The former Roma player is said to be fast becoming a favourite of Jose Mourinho, having impressed when he offered to play soon after recovering from a hamstring injury.

The 27-year-old has made two key high-impact substitute performances in Spurs’ latest outings, most recently on Saturday afternoon when he pressured ​Chelsea players into making mistakes and aggressively flew into tackles to rally his team. 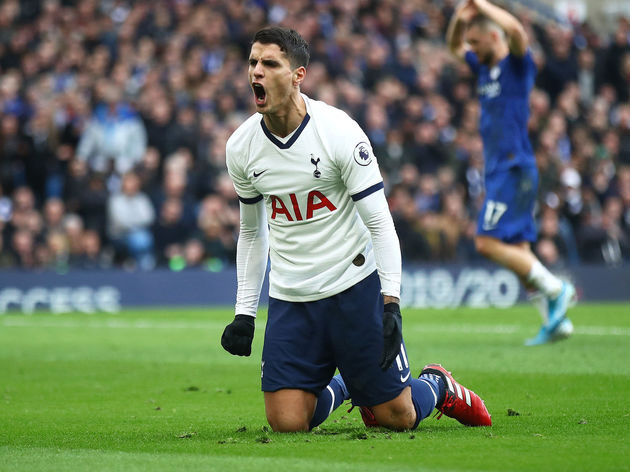 After he was praised by his manager his performance, with Mourinho saying: “Lamela played so well but only for 20 minutes, you must think I’m an idiot. But even in the warm-up, he was in communication with me about his feelings, ‘Can I go or not?’.

“That guy who played so well for 20 minutes, in the warm-up, he was in communication with me because he was not sure he could go. That’s Lamela. Amazing guy, fantastic player and trying to help the team.”

With ​Spurs suffering devastating injuries to star forwards ​Harry Kane and ​Son Heung-Min, ​Lamela’s importance to the team has grown quickly, with the Argentine versatile enough to play across the attacking positions.