​Chelsea remain hopeful that striker Tammy Abraham will be fit for their Premier League clash against Aston Villa on Wednesday, following their collective attacking blank on Saturday in the 1-0 loss to West Ham.

With Abraham ruled out with a hip problem, the Blues struggled in front of goal, with Olivier Giroud called in from the cold to lead the line but unable to provide any inspiration up front.

England international Abraham picked up the issue during the 2-2 Champions League draw with Valencia last week and ​the Telegraph now say a final check will be made on his fitness on Tuesday.

He is expected to start if he does overcome the problem, with Giroud frustratingly ineffective against West Ham and Michy Batshuayi left on the bench as manager Frank Lampard looked to Callum Hudson-Odoi, N’Golo Kante and Willian to make positive impressions from the bench.

Abraham has been Chelsea’s main goalscoring threat so far this season, netting ten Premier League goals after enjoying a successful campaign with Aston Villa during the 2018/19 term. He is behind only Jamie Vardy in the goalscoring charts, while he is also level with Arsenal’s Pierre-Emerick Aubameyang. 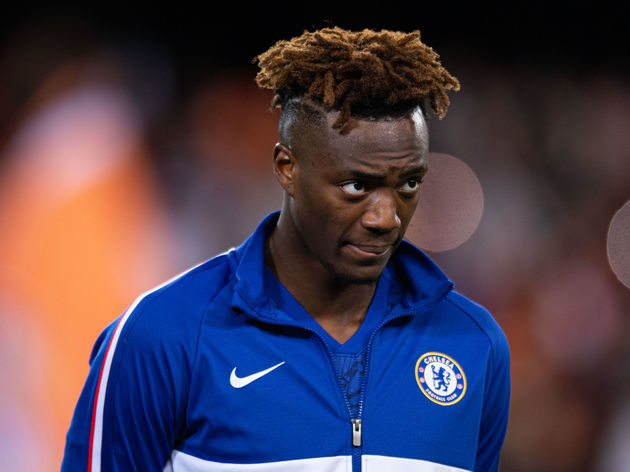 In other ​Chelsea team news, doubts remain over the fitness of defender Antonio Rudiger and midfielder Ross Barkley, while 23-year-old Ruben Loftus-Cheek remains a long-term absentee. Christian Pulisic and Willian are expected to start in the wide positions, with the former in terrific goalscoring form before Saturday’s blank.

They will face an ​Aston Villa side in good form on Wednesday. A 2-0 win over Newcastle was followed up with a 2-2 draw at Old Trafford on Sunday, leaving Dean Smith’s side 15th with 15 points.