Bayern Munich have enjoyed a decade of astounding domestic dominance.

During the 2010s, the club have been crowned Bundesliga champions on eight occasions, with their 2018/19 title their seventh ​on the bounce.

The 2012/13 season was the pick of the bunch for Bayern, as they won the Champions League for the first time in 12 years and became the first German side to complete the treble.

From Pep Guardiola to Carlo Ancelotti, Louis van Gaal to Jupp Heynckes, some world class managers have overseen some truly fantastic Bayern sides across the course of the 2010s.

Taking all of that into account, here’s a look at Bayern Munich’s team of the decade. 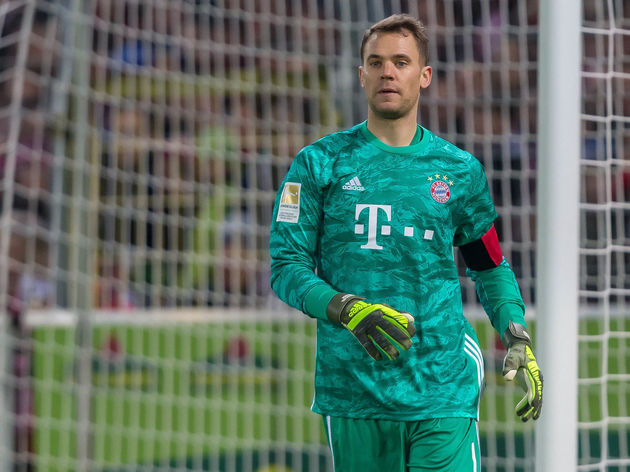 Manuel Neuer​ (GK) – The German joined Bayern from Schalke in 2011 and has been ever present between the sticks since. Neuer has overseen a global transition in goalkeeping, with his sweeper-keeper style demonstrating the importance of a goalie having exceptional feet. Neuer even finished third at the 2014 Ballon d’Or – a remarkable achievement.

Philipp Lahm (RB) – Lahm was named club captain in 2011, and skippered the side during their famous treble-winning campaign in 2012/13. Intelligent, versatile and understated, Lahm was capable of playing at left back or right back due to his supreme two-footed ability, and was deployed as a defensive midfielder by Pep Guardiola. The World Cup winner retired in 2017, having racked up over 500 appearances for Bayern.

Jérôme Boateng (CB) – Boateng signed from Manchester City in 2011. Strong and composed, he was a regular in the heart of the defence for the treble-winning side of 2012/13, as Bayern conceded just 18 league goals all season.

Mats Hummels (CB) – Having won two Bundesliga titles with Borussia Dortmund, Hummels re-signed for his boyhood club Bayern in 2016, helping the side to three consecutive league titles with his aerial prowess, ability to read the game and gracefulness on the ball.

David Alaba (LB) – The versatile Austrian has made over 200 appearances for Bayern since breaking into the first team in 2010, winning 17 major trophies in that time. Alaba has been a mainstay in the starting XI since 2011 and has been an integral part of Bayern’s domestic dominance. 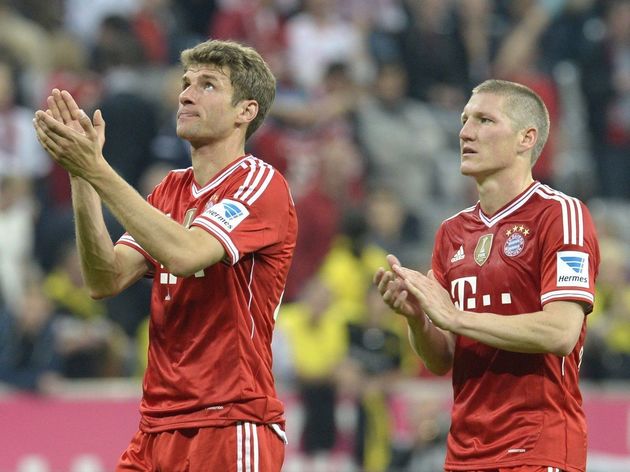 Javi Martinez (CM) – Bayern paid €40m to prize Martinez away from Athletic Club in 2013, with his vision and passing range helping the side to seven consecutive Bundesliga titles. Martinez’s versatility was utilised by Guardiola when rotating formations throughout games during his tenure.

Bastian Schweinsteiger (CM) – Schweinsteiger was the midfield engine during Bayern’s treble-winning campaign and scored a cheeky back heel against Frankfurt to seal the Bundesliga title. The German great left for Manchester United in 2015, having amassed 500 appearances for Bayern.

Thomas Müller (CM) – The attacking midfielder has spent his entire career at Bayern. Müller hit 23 goals in all competitions during the 2012/13 campaign, making him the team’s top scorer, and has never failed to reach double figures in a single season. His versatility and goalscoring ability have been crucial for Bayern over the course of the decade. 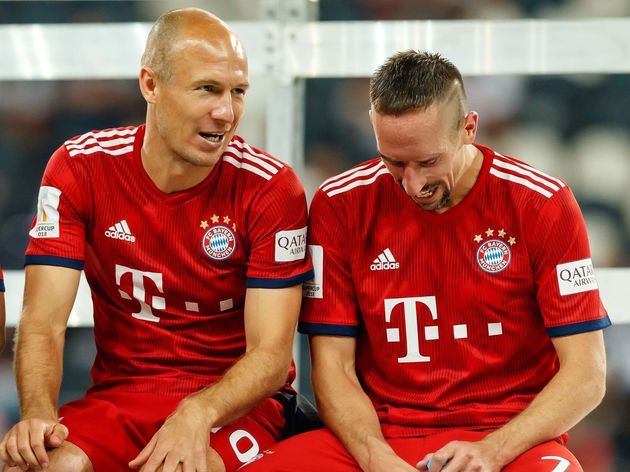 Arjen Robben (LW) – The exciting Dutch winger terrorised Bundesliga defences for a decade with his balance and flair. Robben scored a fabulous volley in 2010 to inspire a shock Champions League comeback win on aggregate over Manchester United, and scored an 89th minute winner in the 2013 Champions League final. A true Bayern legend.

Robert Lewandowski (ST) – Lewandowski swapped Dortmund for Bayern in 2014, where his remarkable goalscoring record has helped his new side to five Bundesliga consecutive titles. The Polish striker has consistently topped the scoring charts since his arrival, scoring a ridiculous 43 goals in all competitions in 2016/17.

Franck Ribery (RW) – Bayern arguably boasted the two best wingers in the world during the mid 2010s, with Robben down one flank and Ribery down the other. The tricky Frenchman was mesmerising to watch and was influential during Bayern’s many triumphs throughout the decade. It was his superb vision that set up Robben for his famous goal against Manchester United in 2010.