​Bayern Munich manager Hans-Dieter Flick has suggested former striker and club legend Miroslav Klose as an option to be appointed as an assistant coach to Die Roten’s first team.

Klose, the all-time leading World Cup goalscorer with 16 goals, is currently the coach of Bayern’s Under-17 team, a role he began in May 2018. His current coaching contract at the Bavarians runs until the end of June 2020.

His team are currently third in the southern division of the Under-17 Bundesliga, five points off the top of the table behind Mainz and Hoffenheim.

And Flick, who was appointed as manager of the senior team in December for the remainder of this season, believes the 41-year-old could be coaching at a higher level as soon as next season.

When asked if he could see Klose as an assistant coach once his contract is extended, Flick said to ​SPORT BILD: “I really appreciate Miro, he does a really good job here. We have known each other for a long time. The experience he has gained as a player in the national team and in many renowned clubs predestines him for a coaching job. I already supported him at the DFB to become a coach.

“I am pleased with the path he is taking; as a world star, he is now working on the basis for promoting young talent. He can give a lot to the young players, but also to the coaches. Miro is always an issue in my current thoughts at Bayern.” 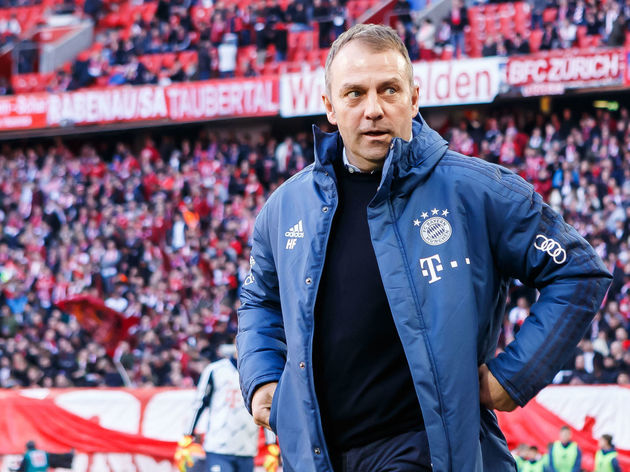 Klose joined the ​Bundesliga club in 2007 from Werder Bremen and scored 53 goals in 149 appearances as a player for ​Die Roten, before departing for Lazio in 2011.

The German would offer a wealth of experience from his playing days, and certainly the likes of ​Serge Gnabry and Kingsley Coman could benefit from learning under the former striker, who was known for his potent goalscoring abilities and his all round attacking play.