Second half strikes from Cristiano Ronaldo and Gonzalo Higuain were enough to gift Juventus victory in their final group stage game in the Champions League, helping consign Bayer Leverkusen to the Europa League in the process.

Bayer knew ahead of the game they needed a positive result to have any chance of qualifying for the knockout stage, though their fate was effectively sealed by the time Atletico Madrid took a 2-0 lead against Lokomotiv Moscow at Wanda Metropolitano.

The hosts started the stronger, with Moussa Diaby hitting the woodwork with a rocket from outside the box before Ronaldo went close from a tight angle, seeing his low shot whizz past the far post. 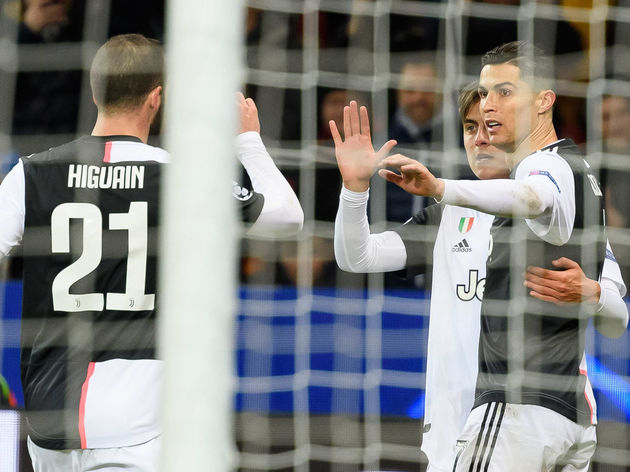 The Serie A champions resisted Leverkusen’s pressure for the majority of the game before stealing a goal late in the second half as substitute Paulo Dybala squared to Ronaldo to convert.

The win was sealed in stoppage time when a snap shot from Higuain bounced past goalkeeper Lukas Hradecky to complete the scoring.

Juve were struggling with injuries in midfield prior to Wednesday night, while a few players were rested with the club’s status as Group D winners already secure.

Their squad restrictions meant Juan Cuadrado was trusted with a central role alongside Miralem Pjanic and Adrien Rabiot, with Federico Bernardeschi playing behind forwards Higuain and Ronaldo.

There was also a more untried combination in central defence, with Merih Demiral partnering Daniele Rugani in the absence of both Leonardo Bonucci and Matthijs de Ligt. The duo stood up well to what was thrown at them as Leverkusen searched for the goal that would give the German side hope. 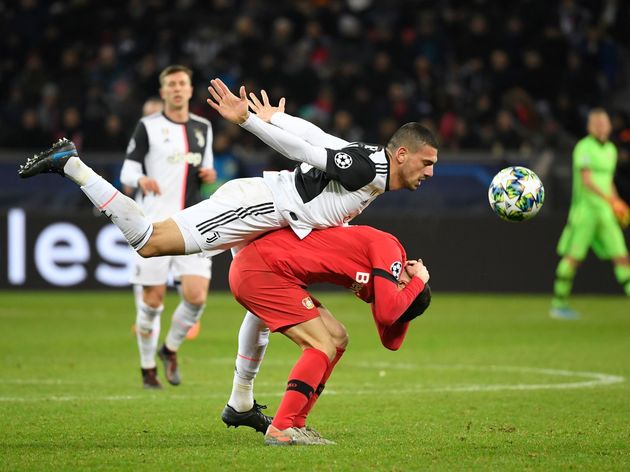 Demiral in particular attracted a lot of praise for his performance, and with plenty of big sides in Europe said to be monitoring his progress it’ll be interesting to see if coach Maurizio Sarri starts to give the Turkey international more chances – he’s only played one Serie A game this season and Wednesday night was the first time he’s featured in the Champions League. Demiral had a brilliant 2018/19 season at Sassuolo, prompting Juve to snap him up in the summer, and Bianconeri fans finally got to see him do what he does best on Wednesday night.

One highlight in particular came when the 21-year-old slid in to deny Kai Havertz at pretty much point blank range. He was often in the right place to deal with the hosts’ attacking threats and proved he is more than capable of standing in for Bonucci or De Ligt should either of the current first choice centre backs get injured.

Merih Demiral playing himself into a bigger role so far. Juventus would be mad to sell, and considering they only have 4 healthy centre-backs, they likely won’t. Kid is a monster

Bring in Dybala and bury this match! Forza Juve! ️️

Merih Demiral playing himself into a bigger role so far. Juventus would be mad to sell, and considering they only have 4 healthy centre-backs, they likely won’t. Kid is a monster

Bayer Leverkusen, who are sixth in the Bundesliga, visit Koln on Saturday, while Juve entertain Udinese on Sunday. Both clubs will be watching on Monday for the Champions League and Europa League draws.