​The second leg of Barcelona’s Champions League round of 16 tie with Napoli could be played behind closed doors at Camp Nou as a result of the coronavirus outbreak.

We’ve already seen Italy take drastic measures by banning fans from attending games for a month to try and contain the spread of the virus, and things took another turn on Sunday as ​matches were nearly postponed at the last second. 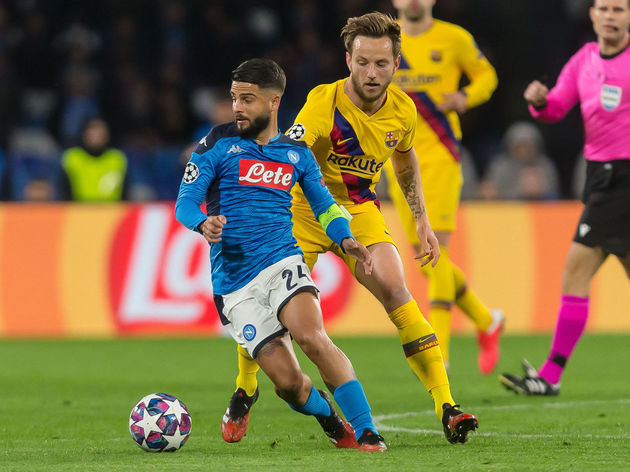 According to ​L’Esportiu de Catalunya, Spain could soon follow in their footsteps. Barcelona City Council have already postponed the city marathon because of the virus, and there is a belief that their meeting with ​Napoli on 18th March could be played away from fans as well.

It was initially hoped that the game could go on without any issues as the city of Naples has not been severely affected by the coronavirus, but the feeling coming out of Italy is that everybody could be at risk of carrying the virus.

Getafe and Valencia’s respective meetings with ​Inter and Atalanta are ​set to be played behind closed doors for the same reason, and there have already been calls for Barcelona to follow suit.

Getafe-Inter and Valencia – Atalanta in front of closed doors. Even the Spanish authorities handle Italian team better than the italian football federation

There is now a concern that bringing Napoli players to Camp Nou could be a danger to fans, so the game might end up having to be played without a crowd to try and minimise the risk of the spread.

However, there’s no mention of postponing the whole thing, which probably seems like the right thing to do if everybody is so terrified about Italy and their perceived contamination. There has been no official decision made, but both clubs in regular contact with city officials, and a final ruling is expected to be made in the coming days.

Regardless of whether or not there are fans in the stadium, the two sides will come into the game feeling confident of advancing to the next round. The first leg finished 1-1, although Barcelona do have a slight advantage as a result of that away goal.