Atletico Madrid cruised through to the Champions League last 16, comfortably beating Lokomotiv Moscow 2-0 at the Wanda Metropolitano on Wednesday evening.

Los Rojiblancos almost got off to a dream start as Joao Felix drew a foul in the Lokomotiv area to win a second-minute penalty. Kieran Tripper stepped up to take it, but saw his effort tipped onto the post by Anton Kochenkov.

When VAR and a pitchside check by referee Viktor Kassai confirmed a second penalty for Rifat Zhemaletdinov’s handball, Felix placed the ball on spot and coolly slotted home to make it 1-0 on 17 minutes. VAR then swung in Lokomotiv’s favour, disallowing Alvaro Morata’s finish for a marginal offside.

Felipe added a second on 54 minutes, calming the Wanda Metropolitano nerves and making Atleti’s dominance count. Koke whipped in a low corner and the unmarked centre half unleashed a volley befitting of a top-level striker, blasting across Kochenkov and into the Lokomotiv net.

With the away side presenting very little in way of attacking threat, the final half an hour saw Diego Simeone manage the game to perfection. Atleti sat deeper, picked their moments to counter and sealed their passage to the knockout stages.

Atleti have been difficult to watch in recent weeks and struggling to hit the back of the net – a symptom of their defensive tactics and passive approach. However, with victory required to guarantee progression, Wednesday’s positivity and attacking play was a much-needed breath of fresh air.

Atleti actually having shots on target and pinning a team back?

Diego Simeone pushed his full backs onto Lokomotiv’s wing backs from the off, penning them in and setting the tempo for Atleti to dominate on the edge of their opponent’s penalty area. This enabled Angel Correa, in particular, to drift in from the right flank and cause trouble for the Russian side’s back three – who already had their work cut out with the movement of ​Morata and Felix.

It was no coincidence that winning the ball higher up the pitch improved Atleti’s tempo and attacking intent – they registered five first half shots on target, two more than full 90 minutes of Friday’s 0-0 draw with Villarreal. 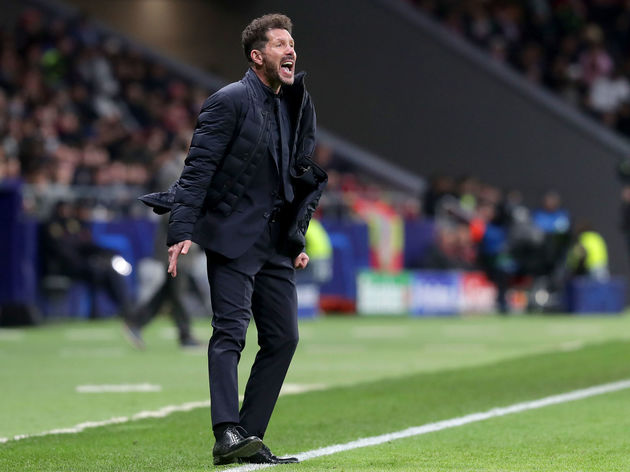 Understandably, the foot was taken slightly off the gas once ​Atleti scored their second. However, winning the ball in deeper areas enabled them to counter at breakneck speeds – Felix using these opportunities to demonstrate his lightning pace.

Nullifying Lokomotiv’s attacking threat in the final stages, it was a job well done for Simeone and his side can now look forward to the competition’s knockout stages. ​Involved in the action from the very first minute, Joao Felix’s performance was enough to get armchair viewers off of their seats – let alone those in attendance! Lokomotiv appeared fearful from the off – embodied by the early penalty concession for a foul on the Portuguese – and rightly so.

The 20-year-old was excellent at dropping deep and finding space in a crowded midfield. Lokomotiv would have been sick at the sight of Felix collecting the ball near the halfway line and running full-speed at their defence. His movement and close control was a joy to watch, especially as he pulled off a few crowd-pleasing flicks and tricks on his constant bursts towards goal.

Great to see Joao Felix, aged 20, accepting big responsibility at a massive moment for Atletico by taking the penalty. Could have easily hung back and waited for a more senior player to step up, but he wanted it and grabbed the ball immediately. Right attitude.

I’ve said it before and I’ll say it again: to realize how good João Félix is and how he is getting better with every game, all you need to do is watch him. Set stats aside.

João Felix running onto the ball 40-50 metres from goal with movement and options either side is exciting to watch.

The brief respite for Lokomotiv defenders saw the forward pausing, looking up and demonstrating his excellent vision to spray balls over the top. With Atleti committing bodies from midfield, this ploy could be vital if Simeone persists with this more positive approach.

There was also the small matter of Felix’s nerveless penalty conversion, the ante upped by Trippier’s earlier miss. However, the summer signing showed that he is the man for the big occasion and tucked it away when it really mattered. The home fans certainly seemed to agree, as Felix left the pitch to rapturous applause and a standing ovation.

Finishing bottom of the group means Lokomotiv Moscow will completely drop out of European competition, so there’s a lengthy wait for their next fixture – the visit of league leaders Zenit Saint Petersburg in March.