Carlo Ancelotti says Roberto De Zerbi is ‘a great friend’ and warns his Real Madrid side about Shakhtar: ‘They have great personality.’

The La Liga giants have three points, while Shakhtar only managed one in two games.

“He did really well at Sassuolo and his sides have a strong identity: they play really good football.

Modric explains how Shakhtar have evolved under De Zerbi

“The fact that we haven’t played with a strong identity is because something has happened in the games,” Ancelotti continued.

“At times, such as in the Espanyol game, I tried to defend with a 4-4-2 formation, but I’m now clear about the fact that this team has to set up in a 4-3-3 formation. There will be some games in which we go with a 4-3-3 without any real wingers, but this squad is more used to playing in a 4-3-3 formation and it’s the ideal set-up for these players”.

De Zerbi was appointed Shakhtar coach in the summer after a three-year spell at Sassuolo.

Real Madrid and Shakhtar will meet again at the Bernabeu in the reverse fixture on November 3.

De Zerbi has never won against Ancelotti in his career. The Real Madrid coach collected two victories from three games, with the remaining match that ended in a draw. 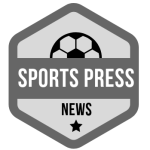