​We all know Jürgen Klopp is a good manager. He’s probably even a great manager.

And he sure knows how to win games with real flair and excitement. However, he also knows how to throw a real Jürgen-Stropp when things are tough.

The self-proclaimed ‘​bad loser’ has really lived up to that title in the past, complaining about anything and everything when given the chance. Now, after defeat to Atletico Madrid in the Champions League last 16, he’s been at it again – launching a furious tirade against Diego Simeone and his tactics.

With plenty to choose from, here’s a run through of eight of his best tantrums.

Refusing to Answer Questions After a Tough Game 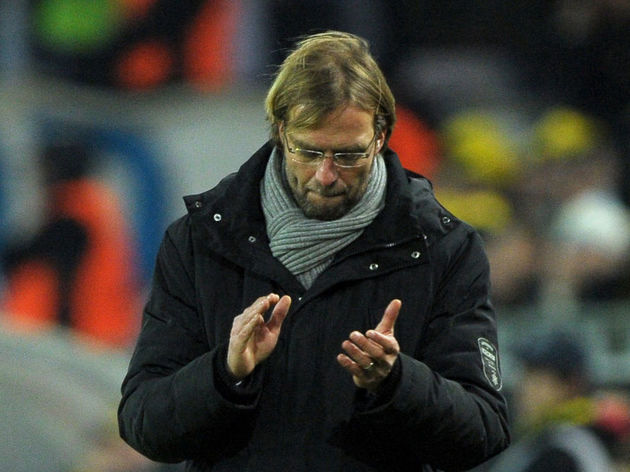 The start of the 2011/12 season was a rough one for ​Borussia Dortmund​, who fell seven points behind ​Bayern Munich after a frustrating 1-1 draw with Hannover. Instead of analysing his side’s problems, he sat at his press conference and refused to talk.

He claimed that everyone was trying to make him look like an idiot, although he was doing that himself by constantly answering “​no comment” (via ​TZ). He claimed to be exhausted by the whole thing, but his players could still answer respectfully and calmly.

Klopp added he didn’t care about being behind in the title race, and he wouldn’t even care if he was ahead, which sounds like something a child would say.

Berating a Referee & Pretending He Didn’t During the 2013/14 campaign, Klopp’s Dortmund side were pushing for the title, but a 2-1 loss to Borussia Mönchengladbach in March stopped all their momentum. During the game, Klopp was sent to the stands for consistently berating the referee.

After the game, Klopp said (via ​Zeit): ​”I have often been rightly punished in my life. Not this time. I just shouted ‘And you don’t whistle there?’. He can’t send me away for that.”

The boss then went on to accept the charge, agreeing that the referee’s decision was correct and that his little whinge after the game had all been for nothing.

Kicking Off Over Everton’s Penalty

Late 2017 saw ​Liverpool draw a Merseyside derby 1-1 after ​Everton were awarded a late penalty when Dejan Lovren pushed Dominic Calvert-Lewin over, and nobody had any real arguments. Well, apart from Klopp.

Not only was he spotted squaring up to the referee after the game, but he then insulted a reporter by claiming they didn’t understand anything about football because he thought the penalty was correct.

Klopp then asked the entire press conference to raise their hands if they thought it was a penalty, and pretty much everyone did.​ Awkward.

Being Annoyed at West Brom Because They Didn’t Need Points Now, we all know how football works. Whichever team needs the points is automatically awarded them and no football is played. Ah, what a lovely sport.

Unfortunately, the nasty ​Premier League made Klopp’s side actually play a game against soon-to-be relegated ​West Bromwich Albion in April 2018​, and Liverpool ended up drawing 2-2 because they couldn’t keep out two late goals.

After the game, Klopp said (via ​The Guardian): ““I don’t feel that point will help West Brom massively. It feels like a complete waste of points; they don’t need it. We would have needed it.”

If you want all three points, have you tried actually beating a relegated team? 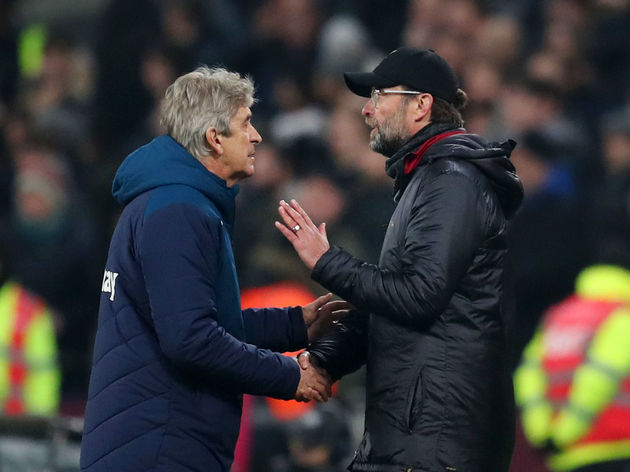 ​Now, let’s not sit here and act like Klopp is the only person to ever criticise a referee. Klopp has justifiably done it before, but this time, he went after the officials in February 2019 after West Ham United managed a 1-1 draw, despite the fact that his side only got their goal because of a refereeing mistake.

His side were on the winning side of a wrong offside call, but Klopp still felt as though his side had been targeted by the referees, who were seemingly doing all they could to even out the odds.

“”He knew it for sure at half-time, and then you saw a lot of strange situations,” he said. “They were not decisive but just rhythm breakers. That obviously didn’t help us.”

Yeah, and the only decisive one worked in your favour.

Complaining About Fixtures But Not Actually Helping

Klopp on fixtures again.
“My 1st job is respect the players. I’ve to decide if it’s allowed to play them again. It looks like federations around want to make it more tricky. How can you look at situation like Newcastle – losing 4 players in 1 game – & not think this is crazy?”

Klopp’s tirade against a hectic fixture list has been going on for months, and it saw him plead with both FIFA and UEFA to meet with leading managers to discuss the impact on the players. Gosh, if only such meetings existed.

As noted by the ​Daily Mail, Klopp snubbed the chance to attend the Elite Club Coaches Forum two years in a row, which would have given him plenty of opportunities to raise his concerns.

Surely he can’t be that bothered if he’s actively avoiding the chance to sort it all out?

Refusing to Manage in the FA Cup One of the most polarising moments of the current season was when Klopp decided that he was not going to manage his side’s FA Cup replay against Shrewsbury Town, instead sending then-academy boss Neil Critchley.

Klopp was adamant that his players deserved time off during the winter break, which is fair enough. Maybe just don’t pick them. Easy. However, the problem was because he refused to turn up to the game either.

He decided that he did not want to lead his own team, seemingly because he had better things to do. Klopp felt as though the fixture list was too busy, but if that’s the case, then he should have tried beating Shrewsbury first time around. Wednesday night saw Klopp’s side crash out of the ​Champions League at the hands of ​Atlético Madrid, who deployed the defensive style of play which has made them so successful over the years.

It’s a valid tactic which was executed to perfection, but Klopp ​wasn’t having any of it. After admitting he wanted to stop talking because he didn’t want to look like a sore loser, he then went on to question why Diego Simeone would bother setting his side up like that.​

Maybe because it works? Don’t forget, Atlético did score three goals, but Liverpool only scored twice.