Arsenal’s defensive problems aren’t anything new for fans to contest with in recent years, with the Emirates crowd spending most of the last decade watching the likes of André Santos, Sébastien Squillaci and most recently David Luiz cost them points on a weekly basis.

Goals have never been an issue for the Gunners. But it’s at the other end of the pitch which is where Arsenal have sacrificed their status as one of the Premier League’s original big four and are now scrapping for Europa League qualification.

Unai Emery’s side won’t be boosted by the arrival of William Saliba until next summer, but with Arsenal currently in the best position possible to return to the Champions League, fans are crying out for at least one new face in the January transfer window.

So with just over a month to go before the transfer window opens up once again, here are seven defenders that Arsenal could (and should) tempt away from their respective clubs before the end of the season. It’s a suggestion that is bound to raise eyebrows for both sets of fans in north London, but a January move to Arsenal for Toby Alderweireld could be a deal which suits all parties involved.

The Belgium international is intent on running down his contract with Tottenham and his form this season has suggested that he’s in desperate need of a fresh start.

But at 30 years old and with a second child on the way, Alderweireld isn’t going to want to have any drastic change at the end of the season, and if Spurs can recoup some money for him in January, a two or three-year contract at Arsenal could be perfect for everyone.

And if nothing else, we’re all getting a bit bored of the “Sol Campbell has won the double” chant from Arsenal fans, so an up to date dig at their north London rivals would be a blessing for the ears of every other fan in the Premier League. He might not be a centre back, but Paris Saint-Germain’s Thomas Meunier is another Belgium international who looks destined to become a free agent next summer.

Héctor Bellerín’s return from injury and Calum Chambers’ surprisingly good form has been good enough for Arsenal so far, but some extra competition at right back would be welcomed by most fans at Emirates Stadium – especially if a centre back is also on the club’s shopping list this winter.

Meunier can play anywhere on the right side of the pitch, while he could also take over Granit Xhaka’s role in the side as he made a couple of appearances as a defensive midfielder earlier in his career at Club Brugge. It might not be a box-ticking exercise that fans take into account all too often, but Arsenal could do with boosting their pool of homegrown players sooner rather than later.

There are a plethora of youngsters coming through the academy which certainly help to do just that, but Arsenal could look to snap up Middlesbrough’s Dael Fry as a long-term investment for their defence.

It would be a similar deal to Rob Holding’s arrival in 2016, but Fry would be able to offer Arsenal an immediate improvement on their current options at centre back, as well as a potential future partner for Saliba next season. The Gunners were tipped off about Torres’ talents by their former midfielder Santi Cazorla, but after breaking into the senior national team the likes of Manchester City and Chelsea are also keeping tabs on the 22-year-old.

A January move for Torres would see any interest clubs forced to shell out up to £43m, but as he’s emerging as European football’s most exciting defender it could prove to be a bargain for Arsenal in the long haul. 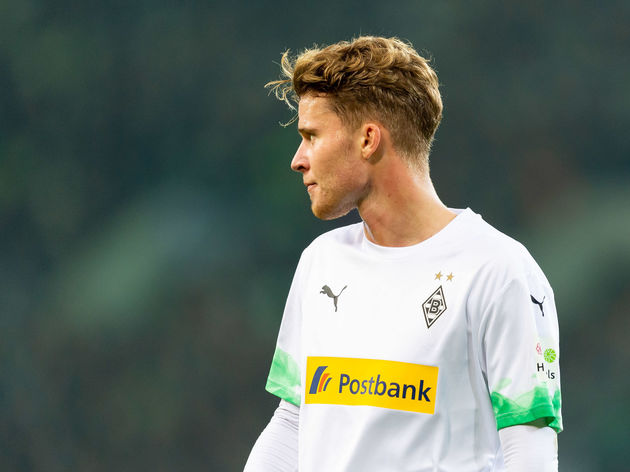 It might be a move that’s an even longer shot that Alderweireld given that Borussia Mönchengladbach at the top of the Bundesliga, but Nico Elvedi’s transfer value will start to plummet as he nears the end of his contract.

He’s been one of the best defenders in Germany this season and would be certain to warm to Arsenal fans much better than their current player who’s part of Switzerland’s national team.

His contract runs out in 2021 and could be available in a cheaper deal in the summer, but Arsenal could test Gladbach’s resolve in the winter and might even be tempted to land a double deal for another one of their targets, Denis Zakaria. With Edu Gaspar taking up his role behind the scenes, Arsenal could raid the Brazilian market once again by convincing 20-year-old Léo Santos to north London in January.

The Brazil Under-20 international hasn’t made any appearances this season due to injury, but Santos is already being scouted by clubs across Europe thanks to his loan spell at Fluminense earlier this year.

He’s one of Brazil’s most exciting defensive talents and looks destined to end up in Tite’s senior national team sooner rather than later, but Santos will be available in a cut-price deal as his contract with Corinthians runs out next September. It’s a transfer rumour which won’t go away for Arsenal fans, but Dayot Upamecano could prove to be their best possible option in the January transfer window.

We learned that Manchester City are also tracking the 21-year-old defender, with Upamecano close to entering the final year of his contract at RB Leipzig.

Even though Upamecano is widely regarded as one of the best young centre backs in Europe, his place in Leipzig’s first-team will be lost when Ibrahima Konaté returns from injury and he could look for regular chances elsewhere.