Raheem Sterling is ranked 3rd in 90min’s European Player of the Year series.

That’s quite some feat considering his performances in previous years, with Guardiola’s influence clear for all to see. He’s not Lionel Messi but there are parallels between the pair, neither of whom have a defined position on the field, allowing them to drift across the pitch and punish opponents. Sterling is an irreplaceable player at ​Manchester City, finding pockets of space and making intelligent runs that defenders simply cannot deal with.

His reading of the game is second to none, and that’s been instrumental in the forward collecting a combined 40 goals for club and country this calendar year.

Here’s a look back at six of Sterling’s greatest moments from the last 365 days. Sterling never feels pressure, as demonstrated by his emphatic, shootout-winning penalty in the Carabao Cup final against ​Chelsea.

Stepping up to take City’s fifth spot-kick, the 25-year-old never looked like he would miss, oozing confidence as he struck a rifle in off the underside of the bar.

Blues keeper Kepa Arrizabalaga had no chance, the Spaniard getting nowhere near the ball. It was a moment that highlighted Sterling’s leadership skills and ice-cool mindset, as well as his technical brilliance. 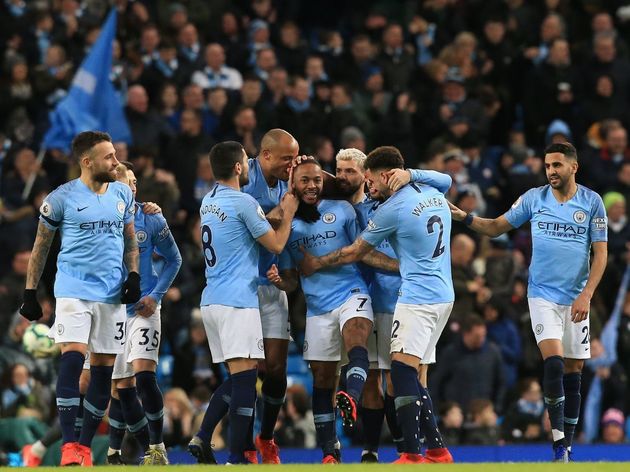 Before they were decimated in the FA Cup final – more on that later – the Hornets were handed a cruel defeat by the Sky Blues and Sterling, whose 13-minute hat-trick undid all of the visitors’ hard work.

The first was more than a little fortuitous, the second came as a result of clever positioning, and the third was the product of dogged determination and ruthless finishing.

City were in desperate need of some magic, having been frustrated by Javi Gracia’s recruits for large periods, and their leading man was more than happy to oblige.

Sterling’s stellar 2019 can be summed up by the number of prestigious awards he picked up in May.

While ​Liverpool colossus Virgil van Dijk scooped PFA Player of the Year, the England international was voted as the best young footballer in the ​Premier League.

The Football Writers’ Association evidently disagreed with the decision to hand the Dutchman that honour, with the organisation naming Sterling as their standout performer from the 2018/19 campaign.

Oh, and he also earned himself a spot in the PFA Team of the Year. And the UEFA ​Champions League Squad of the Season. You get the picture.

A Double for the Treble 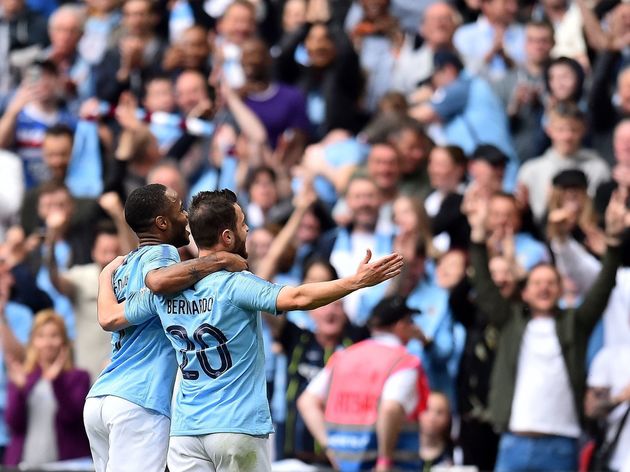 When the referee blew the whistle to signal the end of the FA Cup final last May, it appeared Sterling had struck a treble to secure an unprecedented treble for Guardiola’s side.

However, it later transpired that his first of the afternoon had been awarded to Gabriel Jesus. Still, a brace in such a high-profile match is nothing to be sniffed at, even if both scores came from less than six yards out.

Every goal counts, and you have to be in the right place at the right time to get them. Sterling’s vision and footballing brain saw him rack up plenty of them over the last 12 months, with his goal record a key factor in City winning both domestic cups and the Premier League title. In September, Sterling put in a virtuoso display for England as the Three Lions overcame Kosovo in a pulsating, ludicrously entertaining match at St Mary’s.

He was the one to get the team level with an instinctive header from a corner, before providing three assists to help the hosts build a 5-1 lead by the break.

Even if he hadn’t nabbed himself a goal and a hat-trick of assists, Sterling would have been Man of the Match, such was his contribution in all areas of the game.

He’s proved beyond all doubt that he can do it on the international stage, too.

Only eight Englishmen have ever scored a hat-trick in the Champions League, with Sterling’s mesmerising treble versus Atalanta making him the newest addition to that exclusive club.

Having teed up Sergio Aguero for City’s leveller, the winger then drew a foul in the box, allowing his Argentine partner to put the Sky Blues into the lead for the first time. The best was still yet to come.

Number one was a clinical blast past a sprawling Pierluigi Gollini in the Atalanta net. Sterling then went one better as he skinned a defender, and sent the goalkeeper the wrong way with a fine finish.

His third was a trademark goal, the poacher running in unmarked to stab a neat cross beyond Gollini, sealing a 5-1 triumph for the eventual group winners,  plus a place for himself in the history books.