Robert Lewandowski is ranked 2nd in 90min’s European Player of the Year series.

​Robert Lewandowski has been widely recognised as one of the most prolific goalscorers on the planet for almost a decade, and the year 2019 was no different.

In the last 12 months, he has been simply sensational for club and country, adding dozens of goals to an already impressive career tally.

The 31-year-old has gained legendary status in the Bundesliga, spending four seasons at Borussia Dortmund and five at Bayern Munich, winning the top scorer award on four occasions – with a fifth to come this season, unless something alarming happens.

Without further ado, let’s take a look at his very best moments of the year. 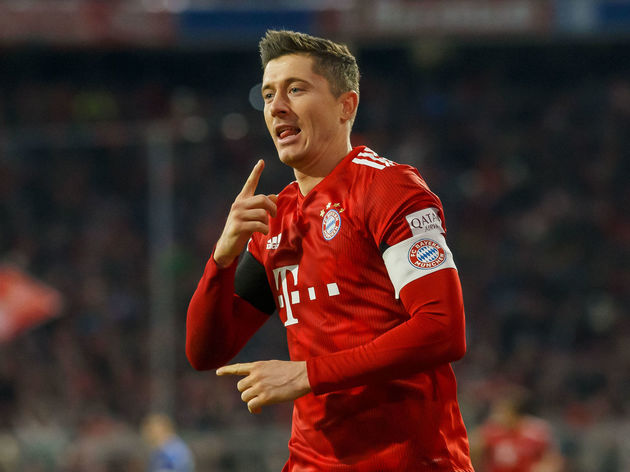 On 9th February 2019, Lewandowski scored in a 3-1 win over Schalke, and in doing so became the first player to score 100 competitive goals at the Allianz Arena.

Since its opening at the start of the 2005/06 season, there have been some truly terrific footballers to grace the Allianz with the likes of Arjen Robben, Franck Ribéry, Thomas Müller, and Miroslav Klose all blessing the turf.

To be the very first player to reach this feat is an achievement to be proud of, and it is unlikely that there will be any others able to do the same for quite some time. ​In mid-February, the Poland international surpassed Roland Wohlfarth to become ​Bayern Munich’s second-highest goalscorer of all time after scoring a brace in a 5-1 thumping over Gladbach.

But that wasn’t all. His second in this fixture also drew him level with Claudio Pizarro’s record of 195 for the most Bundesliga goals by a foreign player.

In the very next fixture, Lewandowski scored yet another double, this time in a 6-0 annihilation of Wolfsburg. This broke Pizarro’s record, making him the most prolific foreign player in Bundesliga history, just one month after he became the first to net a century of goals at the Allianz.

Not a bad start to the year really, eh?

On 6th April 2019, in the 100th Bundesliga meeting between Bayern Munich and Borussia Dortmund, Lewandowski scored twice in a 5-0 win, with his first strike taking him to 200 goals in the league.

It’s rather fitting that he scored his 200th against his former side isn’t it? And, let’s be honest here, it wouldn’t come as much of a surprise if he did it on purpose – the man’s a magician.

He may have scored an impressive 74 goals in 131 games for ​Dortmund, and was adored by the famous ‘yellow wall’ of Signal Iduna Park, but he showed no mercy on the night as his side simply destroyed BVB. 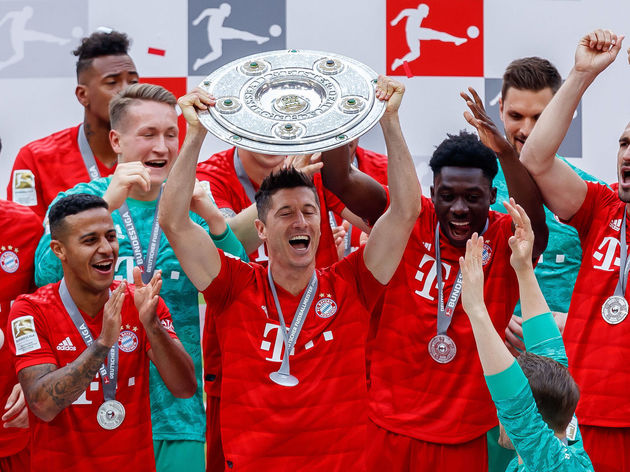 On 18th May 2019, Bayern Munich beat an Eintracht Frankfurt side 3-1 to become ​Bundesliga champions for the seventh year in a row.

Seven must be the magic number, as Lewandowski also lifted his seventh top-tier title on the day, adding to the two he had previously won at Dortmund and the four he had already earned at Bayern.

The Bavarian giants haven’t quite enjoyed the same success so far in the 2019/20 season, though, as they currently trail league leaders RB Leipzig by four points and occupy third position in the table after 17 matches.

Interim manager Hans-Dieter Flick has a lot on his hands to try and catch the league leaders, but, as they say, there’s still a long way to go.

Scoring twice in fixtures seems to be of second nature to Lewandowski, but how about four in a match?

Yeah, that seems to be a piece of cake for him too, as he scored four goals in a ​Champions League match for the second time in his career, against Red Star Belgrade. And – wait for it – he scored all of them in the space of 15 minutes. That’s bloody outrageous.

This man is simply on another planet.